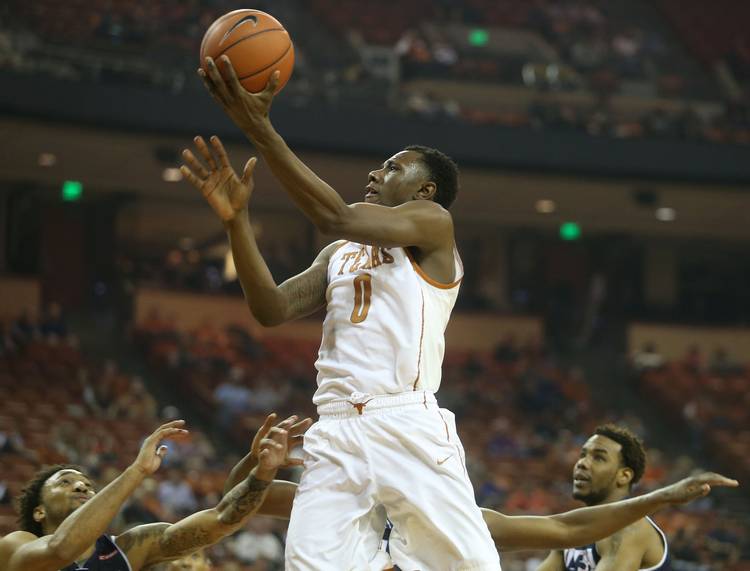 Texas guard Tevin Mack will be released from his scholarship, according to UT men's coach Shaka Smart. (Stephen Spillman for AMERICAN-STATESMAN)

Texas sophomore Tevin Mack released a statement on Wednesday thanking Longhorns fans for the last two years but that he was “excited for a fresh start with new opportunities.”

Men’s coach Shaka Smart suspended Mack for an undisclosed violation of team rules on Jan. 12. At the time, Mack was UT’s leading scorer, averaging 14.8 points per game. The 6-foot-7 swingman from Columbia, S.C., was never reinstated.

Smart said on Monday that Mack would be released from his scholarship.

“I want to think the Longhorn fans for the support over the past two seasons,” Mack said in a statement posted on Twitter. “I enjoyed playing for this university and I have built some great relationships here on The Forty Acres.

“I wish things could have gone differently, but everything happens for a reason,” he continued. “You learn and grow. I also would like to thank Coach Smart and the entire coaching staff for the opportunity. I am very excited for a fresh start with new opportunities to play the game I love. #Hook’em.”

Mack will likely be pursued by multiple schools. If he transfers to another Division I school, Mack will still have two years of eligibility remaining after sitting out one season.