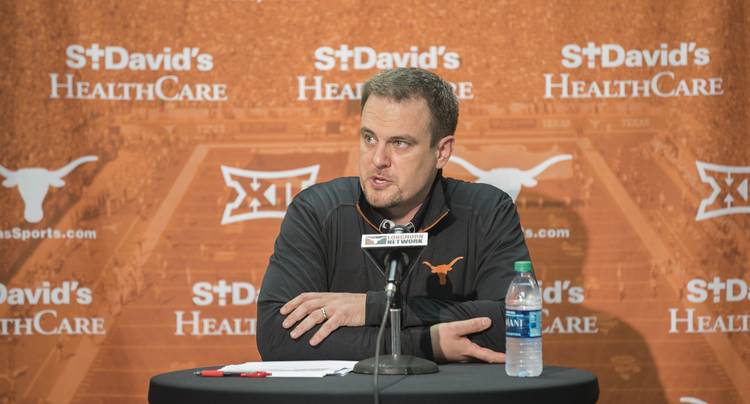 Texas football coach Tom Herman announced on Thursday that Bob Shipley had been hired to be his director of high school relations. This will be Shipley’s second stint in Austin as he worked as an analyst under Mack Brown in 2013.

A longtime fixture on high school sidelines, Shipley retired from coaching in January. Shipley spent the past three season at Belton, and he also led the programs at Brownwood, Coppell, Burnet and Rotan. Shipley compiled a 145-62 record over his 17 years as a head coach. He guided Burnet to the Class 3A, Division I championship game in 2002 and 2003.

“We’re so lucky to have Bob joining our staff,” Herman said in a statement. “He’s obviously well known here, but also is highly respected in the high school communities across this state and brings a wealth of knowledge and experience to our director of high school relations position. He’s a guy I’ve known about and respected for a long time, and he will be an invaluable resource for our program. We’re thrilled to have him on board.”

Shipley is also the father of Jordan and Jaxon Shipley, two former Texas standouts who rank first and third in career receptions at the school.