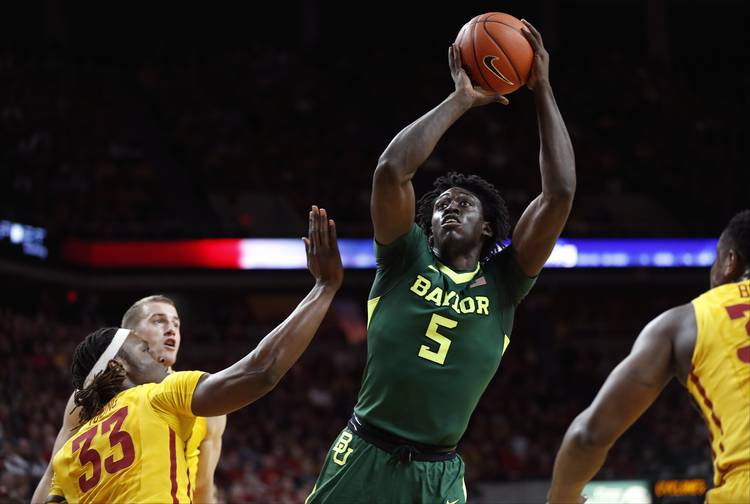 About the series: Texas leads the all-time series 162-87. The Longhorns are also 32-15 since the formation of the Big 12 conference during the 1996-97 academic year. UT and Baylor have been in the same athletic conference since 1915.

About the Longhorns: Better late than never for freshman Jacob Young. The 6-foot-2 freshman from Houston has endured a grizzly initial season in Austin. He likely felt some relief after hitting four 3-pointers (on nine attempts) in Wednesday’s 67-57 loss at Texas Tech. It was a season high in made 3-pointers and his first multi-3-pointer game in two months. “Coaches and stuff around me just keep saying, ‘Follow the process.’ I kept following the process, and eventually I’m pretty sure from listening to those guys, you’ll learn a lot,” Young said. This will be a critical offseason for Young. He’s shooting 24 percent from 3-point range, five percentage points less than Damarcus Croaker did at UT as a freshmen (2013-14) before transferring to Murray State.

About the Bears: Coach Scott Drew’s team is wrapping up a solid regular-season campaign and will cruise into the NCAA Tournament as a possible No. 2 or 3 seed, depending on what happens in the Big 12 tournament. With one more victory, this would be just the fifth 25-win season in Baylor history. A third-place finish in the league race would equal Baylor’s best finish ever in Big 12 history (2010). … Johnathan Motley will earn a slew of postseason awards, including a possible first-team placement on the league’s all-Big 12 team. Motley had 32 points and 20 rebounds in a 74-64 win over Texas on Jan. 17. The Bears got up by 21 points with six minutes left. It was the Big 12’s first 30-20 game since Oklahoma’s Blake Griffin had one in 2009.

50 in 50: 5 Texas football streaks you probably didn’t know about

When it comes to Tom Herman’s top 5 rappers, it’s complicated