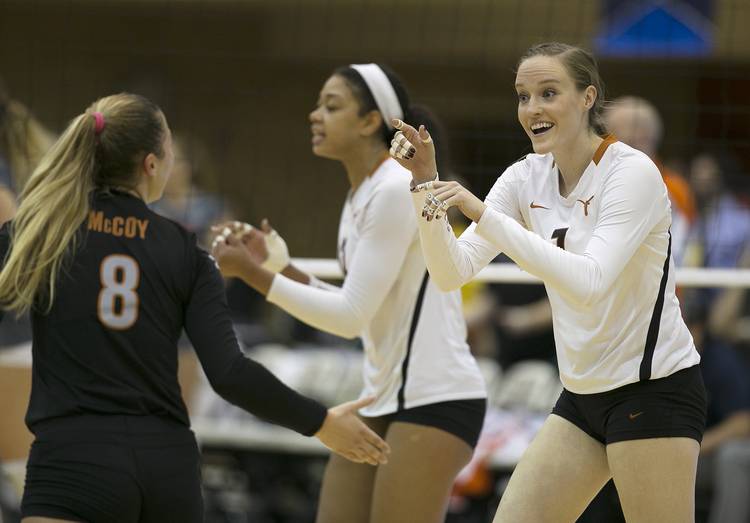 The next time that Nicole Dalton steps onto a volleyball court, it will be as a coach.

Dalton has been named the head volleyball coach at Shawnee Mission East, a high school in Prairie Village, Kan. Dalton recently completed her collegiate career at Texas, and she now takes over a program that went 31-10 in 2016. The Lancers finished third in the Class 6A state playoffs.

During her five years in Austin, Dalton won a NCAA title in 2012 and all five of her teams reached the Final Four (Dalton was sidelined in 2013 because of an injury). Recruited as a setter from Colorado, the six-foot-two-inch Dalton eventually developed into a defensive role at Texas. Dalton also spent her last three seasons as a team captain.

Dalton was one of three seniors on a Texas team that reached the NCAA championship match in 2016. Outside hitter Paulina Prieto Cerame opted for a professional career in Puerto Rico following her graduation. Setter Chloe Collins signed with a volleyball club in Spain.