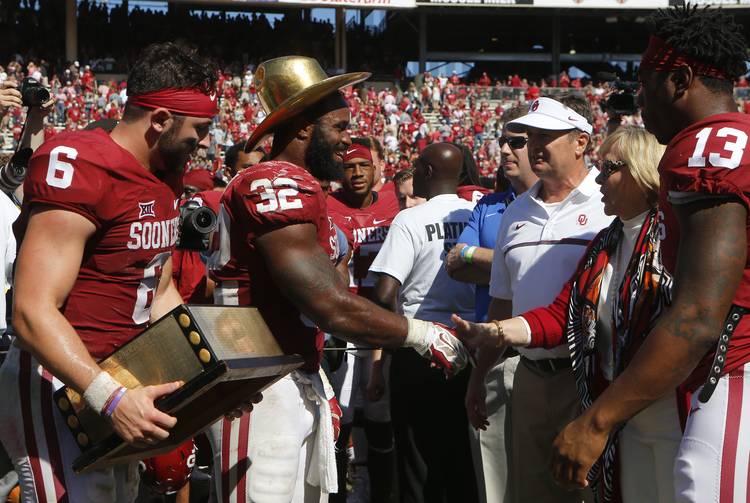 Texas missed out on safety Patrick Fields of Union High School in Tulsa (Okla.) when the three-star prospect committed to Oklahoma after The Opening at The Star in Frisco Sunday afternoon. Fields named Texas in his final three alongside TCU and Oklahoma. In the end, Texas couldn’t get Fields to leave the state of Oklahoma.

“The relationships with the coaches and academic opportunities, along with the opportunity to play early were the top three reasons I chose (Oklahoma),” Fields said. “I wanted the right fit in all areas.”

“I really like the aggression Tom Herman is bringing to Texas. He wants to win and win right away. The mentality to be great is something Herman brings,” Fields said. “Texas isn’t trying to give excuses and ask to wait a year. They’re telling recruits they’ll win right away and I like that confidence.”

Fields was down to a trio of Big 12 rivals. This is a common occurrence in recruiting. A prospect grows close with a staff before deciding to play against that staff for three or four years. Texas, Oklahoma and TCU battle on the field, and it sounds like the same is true in recruiting.

“I wouldn’t say they recruit against each other, but they definitely try to give hints in the recruiting videos or say stuff here and there about records or trophies. I wouldn’t say it is negative,” he said. “It is hard coming from Oklahoma because everyone expected me to go to Oklahoma, so when I showed interest in other schools, people were quick to tell me more about OU.”

Fields didn’t make his decision based on the pressure, however.

“I’m okay being uncomfortable. College is a personal decision and if I left the state, I’d be fine with that. It wasn’t the deciding factor,” Fields said. “It wasn’t a big issue for me.”