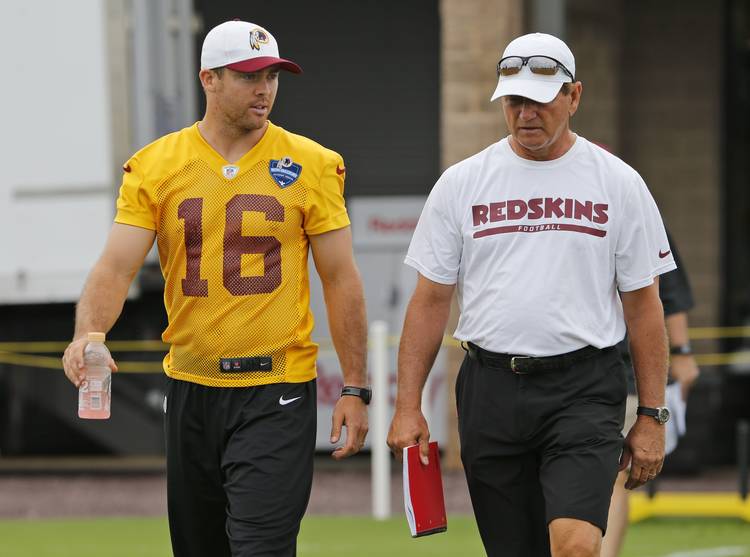 Colt McCoy just may be the reason the Washington Redskins are ready to move on from Kirk Cousins, according to Sport Illustrated and Monday Morning Quarterback’s Albert Breer.

A Texas legend, McCoy has been the Redskins’ back-up for several seasons and has watched Cousins perform at a Pro Bowl level. But now that Cousins’ contract is up and the sides still negotiating, McCoy could be an option for Washington:

There are lots of dominoes that have to fall soon. As for the big one, I don’t think the Skins are afraid to lose Cousins, and the reason is Colt McCoy. Is the 30-year-old McCoy a 10-year answer for Washington at the position? No. But he can be what Cousins can’t be at this point, and that’s a bridge quarterback, which is why the question isn’t Cousins versus McCoy in a vacuum. It’s the brass buying Cousins and hitching its job security to his successes and failures, versus renting McCoy while looking for a younger upgrade at the position.

Breer suggests that rolling with McCoy is risky as he didn’t have much success as the quarterback of the future for the Cleveland Browns (but who does?) but the Redskins have shown a large amount of confidence in McCoy, resigning him to a 3-year, $9 million contract last season to be the back-up.