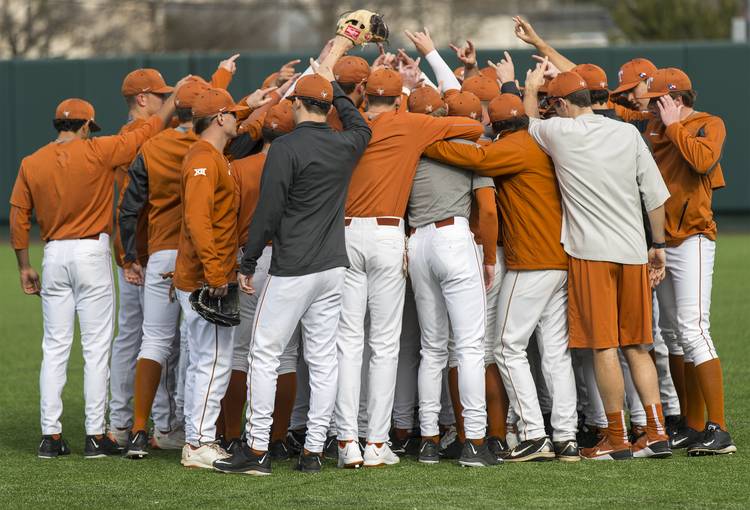 Using a two-out rally, Texas raced past UCLA for a 5-4 win at UFCU Disch-Falk Field on Friday.

After Texas got a run back in the seventh inning, Travis Jones tied the game with a run-scoring double in the eighth. Jones was then forced home with the game-winning run as Texas drew three straight walks. During the eighth-inning comeback, Texas collected two hits and three walks with two outs against it.

Texas junior Kyle Johnston, who had started three games this season, struck out three batters in the ninth inning for the save.

Texas (10-6) and UCLA (6-6) will resume their three-game series on Saturday afternoon.