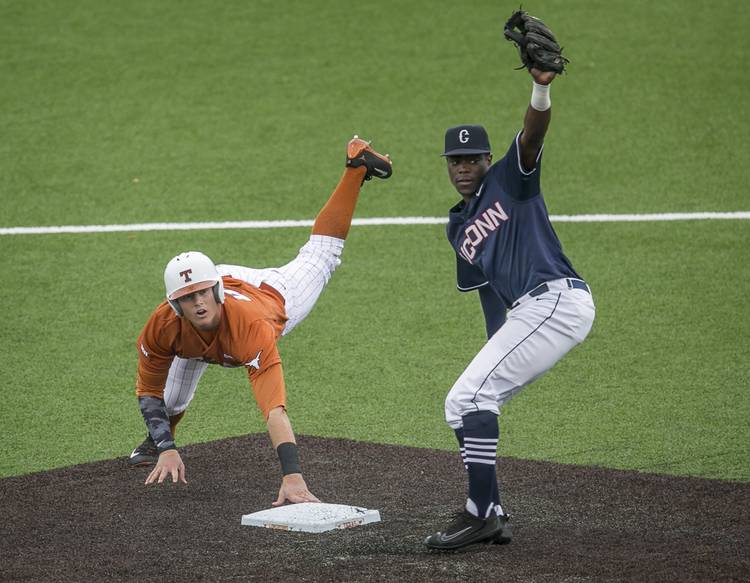 With the countdown for its Big 12 opener down to a week, Texas will play three times against UCLA this weekend.

Texas will throw right-handers Nolan Kingham (2-1; 0.00 ERA) and Morgan Cooper (1-0; 1.89) at UFCU Disch-Falk Field on Friday and Saturday. UCLA will start Griffin Canning (0-0; 0.00) against Kingham, and Jon Olsen (0-0; 4.26) is scheduled to take the mound on Sunday. Texas has not yet named its Sunday starter, while the pitcher pitching for UCLA on Saturday remains a mystery.

Texas, who will welcome Texas Tech to Austin next weekend, has already won twice over the past four days. The Longhorns recorded a 9-0 win over Richmond on Tuesday. A day later, it bullied Texas A&M-Corpus Christi in a 15-0 decision that was called in the seventh inning.

Texas improved to 9-6 with the aforementioned wins. The Longhorns, though, weren’t apologizing for routing two teams that have combined for a 6-19 record.

“Both of those games… have been trap games,” Texas coach David Pierce said. “You come off of a tough series on the road against a very quality team (Stanford), it’s easy to drop your guard. Those are games we have to win.”

Texas was limited to nine runs as it lost three of last week’s four games at Stanford, but the Longhorns’ bats have seemingly awakened. Texas hit .394 against Richmond and Texas A&M-Corpus Christi, and 13 different players recorded a hit. Freshman Austin Todd went 5-for-6 with six RBIs, five runs scored and three walks drawn.

“We all know these guys hit so well in the fall and in the spring,” Texas pitcher Nick Kennedy said. “It was just a matter of time until it comes around, so we feel good about where they’re at. If we just do our job and the hitters will do theirs, it will all come together at some point.”

UCLA (6-5) and Texas will meet at 6:30 p.m. on Friday. All of this weekend’s games will be televised on the Longhorn Network.