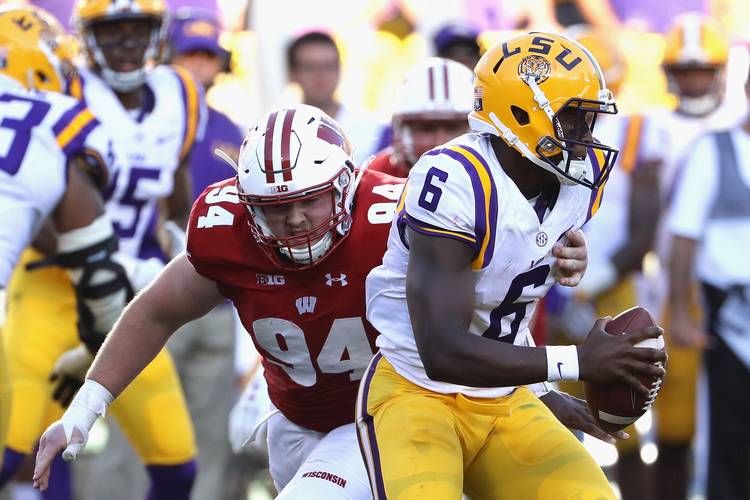 For the second straight season, might a grad transfer from LSU finish his collegiate career in Austin?

The Advocate of Baton Rouge, La., reported on Saturday that LSU junior quarterback Brandon Harris will first visit Arizona, North Carolina, Texas and an unnamed school. Harris has announced his desire to transfer from LSU, and he can play at his new school in 2017 if he graduates this summer. Last year, Texas had mixed results after taking on LSU kicker Trent Domingue as a grad transfer.

Harris started 15 games for LSU, but he was benched in the second game of the 2016 season. The 6-2, 210-pound Harris has thrown for 2,756 yards and 20 touchdowns with a 53.9 completion percentage in college. Harris also rushed for 370 yards and seven touchdowns in Baton Rouge.

Texas coach Tom Herman has said he won’t name a starting quarterback until this summer, but incumbent starter Shane Buechele and early enrollee Sam Ehlinger are clear-cut candidates for the job. Buechele is coming off a freshman year in which he threw for 2,958 yards and 21 touchdowns with 11 interceptions. Ehlinger is a four-star recruit out of Westlake High.

If Harris ends up in Austin, he would add experience to the Longhorns’ huddle of quarterbacks. Ehlinger, of course, is an incoming freshman. The other three quarterbacks on Texas’ roster — Buechele, Matthew Merrick and Josh Covey — will be sophomores this fall.