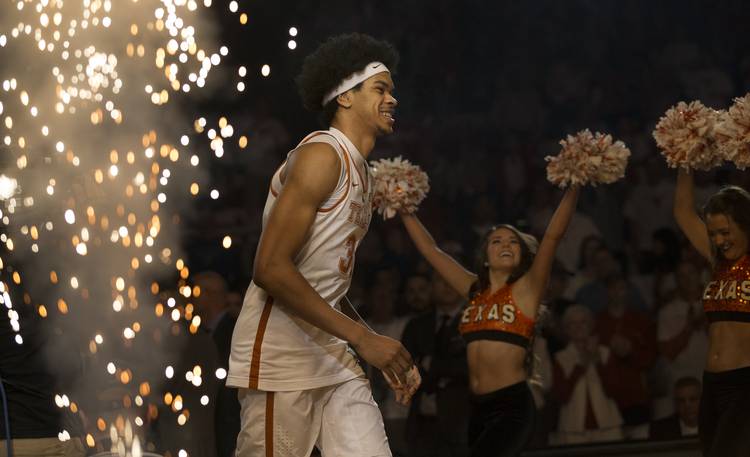 If you’re a Texas fan who likes mixing basketball with mystery, Jarrett Allen ought to be your favorite player … ever.

It started before he even arrived on campus, when the 6-foot-11 product of St. Stephen’s Episcopal in Austin waited until June to pick the Longhorns. Now, the big question is whether he will return for a second season.

Here’s the thing — and this should come as no surprise: Nobody knows.

The freshman was the lone consistent bright spot for Texas, which endured the worst season in program history with a record of 11-22. Allen averaged 13.4 points, 8.4 rebounds and pretty close to one show-stopping dunk and/or block per game.

Longhorns fans are holding out hope that he comes back to be the backbone of a team high on youth and talent but low on confidence. Allen’s response to questions after a season-ending loss to West Virginia in the Big 12 Tournament was about what one would expect from an NBA prospect.

“We went through a bad season,” Allen said, “but I’m not going to let that impact my decision.”

He’d be wise not go poking around too many mock drafts and draft boards. NBA Draft experts seemingly have no idea what to do with Allen, which at the moment makes his situation a total mystery.

Taking the money always seems life the safe bet, but is Allen even in position to be drafted? Is he a first-round pick? Lottery? No one seems able to agree.

Here are a few examples:

Confused yet? Join the club.

Luckily for Allen, a recent NCAA rule change allows college prospects to test NBA waters and still come back. He could participate in the NBA Draft Combine (May 9-14 in Chicago) without losing eligibility.

Given the uncertainty of his current situation, that path seems likely. However, because he possesses a rare combination of size and athleticism that NBA teams covet it is difficult to imagine a scenario in which he receives negative reviews at the combine.

When it comes to Jarrett Allen, the mystery is half the fun.

50 in 50: Who did it better? Jordan Shipley or Wane McGarity?