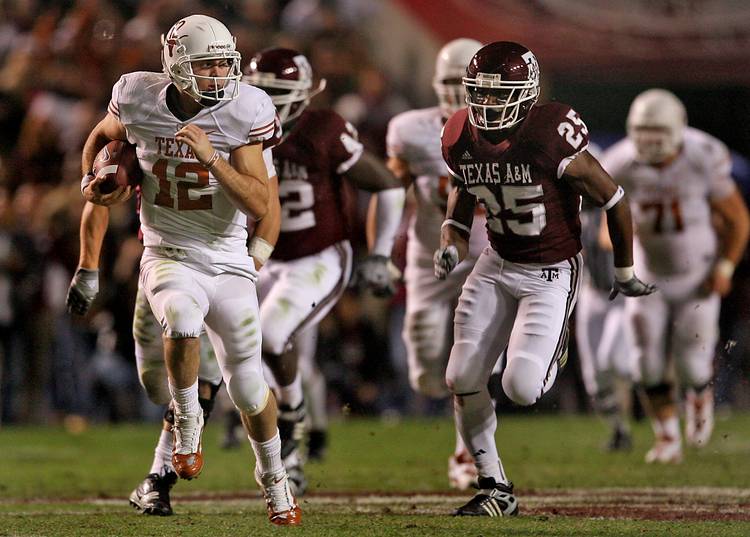 Even though he is remembered around Austin for what he did at Texas’ football stadium, Colt McCoy will have a baseball in his right hand on Tuesday night.

Texas has announced that McCoy will throw out the ceremonial first pitch at tonight’s baseball game against Texas A&M. Texas (12-6) and Texas A&M (14-3) are set to meet at 6:30 p.m. at UFCU Disch-Falk Field.

A seven-year NFL veteran, McCoy may find playing time with the Washington Redskins in 2017 if the franchise doesn’t hold onto incumbent starter Kirk Cousins. McCoy, of course, was Texas’ quarterback from 2006-09 before he began a professional career that has made stops in Cleveland, San Francisco and Washington. McCoy’s No. 12 jersey has been retired at Texas, and he is the Longhorns’ all-time leader in passing yards, passing touchdowns, completion percentage and wins by a quarterback.

Not all of the fans at UFCU Disch-Falk Field will embrace McCoy’s return, though. In four starts against Texas A&M, McCoy was 2-2. He threw for 615 yards and six touchdowns over his last two meetings with the Aggies.

McCoy isn’t the only recognizable name setting the table for the Longhorns and Aggies on Tuesday. Country music singer Cory Morrow will perform the national anthem.

Get in your seats early tomorrow night—Cory Morrow will sing the national anthem. 🇺🇸 pic.twitter.com/HGWqqgy5Cy