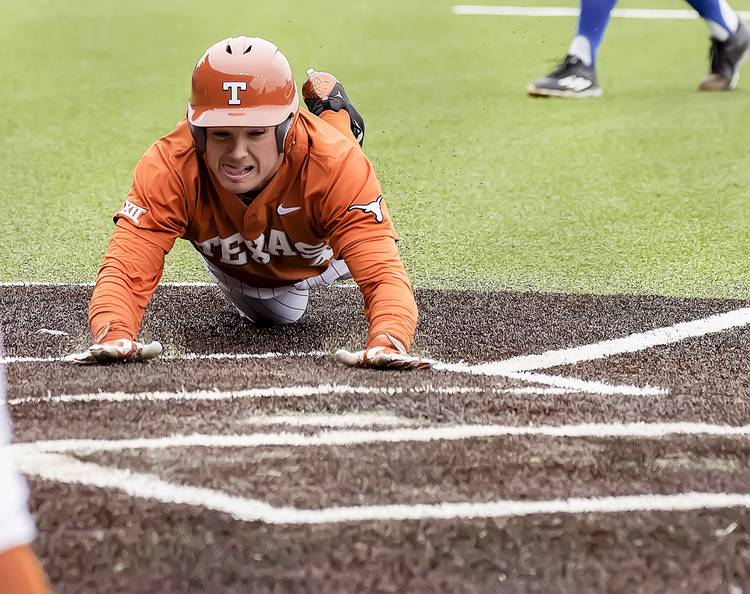 UT's Tate Shaw comes in for a fast slide at home plate for the Longhorn score during the baseball game between the UT Longhorns and the UCLA Bruins at UFCU Disch-Falk Field on Sunday March 12, 2017. JOHN GUTIERREZ / FOR AMERICAN-STATESMAN

For Texas and Texas A&M, it’s time for a reunion and a rematch.

Tuesday’s game will serve as a conference tune-up for both teams. Texas opens Big 12 play with three home games this weekend against Texas Tech. At the same time, Texas A&M is set to welcome Southeastern Conference rival Kentucky to College Station for a three-game series.