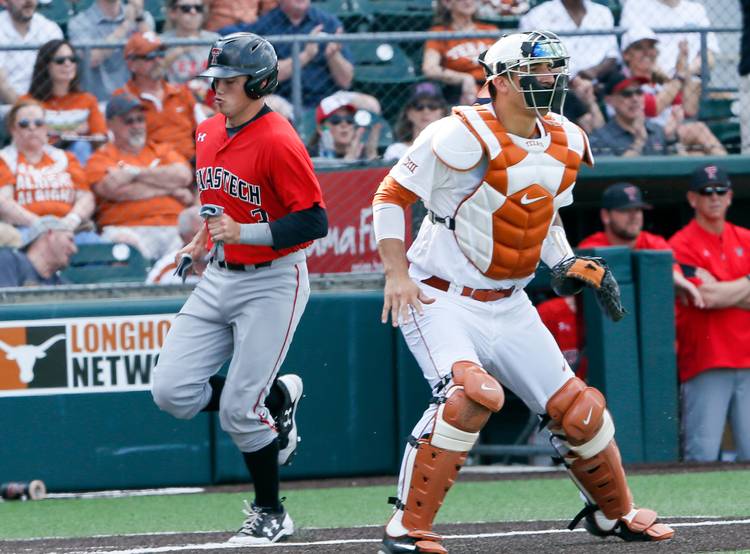 Michael Davis (#3) scores on a single by Josh Jung as the Texas Tech University played the University of Texas at UFCU Disch-Falk Field in Austin, Texas on March 18, 2017 (Andy Nietupski for AMERICAN STATESMAN)

Texas led 3-1 by the end of Sunday’s second inning, but Texas Tech scored six times over the next two innings. The Longhorns clawed within two runs in the sixth session, but Texas Tech (17-4; 3-0) did not allow its lead to narrow any further.

After being held to two runs over the first two games of this weekend’s three-game series, Texas was slightly more productive against Red Raider pitching.  (The Longhorns were still limited to four hits). Six Longhorn pitchers, however, combined to allow season-highs in runs and hits, and Texas Tech became the third team to hit two home runs against the Longhorns. Texas entered the day with a 2.49 ERA.

Texas (13-9) is at Texas State on Tuesday before returning home a day later to battle UT-Rio Grande Valley. Kansas State travels to Austin next weekend for a three-game set.