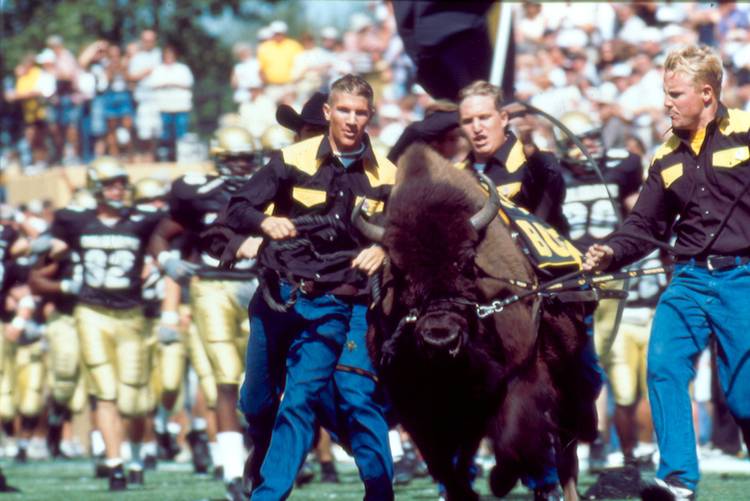 College mascots have got to stick together. Or at least off the field…

The University of Colorado recently lost its mascot Ralphie IV after nearly 20 years and 75 games of leading the Buffs onto the field.  The community of colleges who have live mascots are mourning the loss of the giant buffalo. Including the University of Texas.

Texas sent a bouquet of flowers to the Boulder campus that arrived on Wednesday.

Colorado lost its latest mascot earlier this month and at the time, Texas’ @TexasMascot social media account sent a message of support.

Our thoughts are with the entire @cubuffs family & @CUBuffsRalphie. Ralphie IV was one of the best! #RalphieIV #GoBuffs #RunRalphieRun pic.twitter.com/KMw7RMNVuC

This past season, Texas introduced its newest mascot, Bevo XV, following the sudden death Bevo XIV during the 2015 season. Bevo XV made his debut before the Notre Dame game.

One and done: The best University of Texas one-year-wonders of all-time

Texas football fans, do you need a Thursday playlist? The Longhorns have you covered