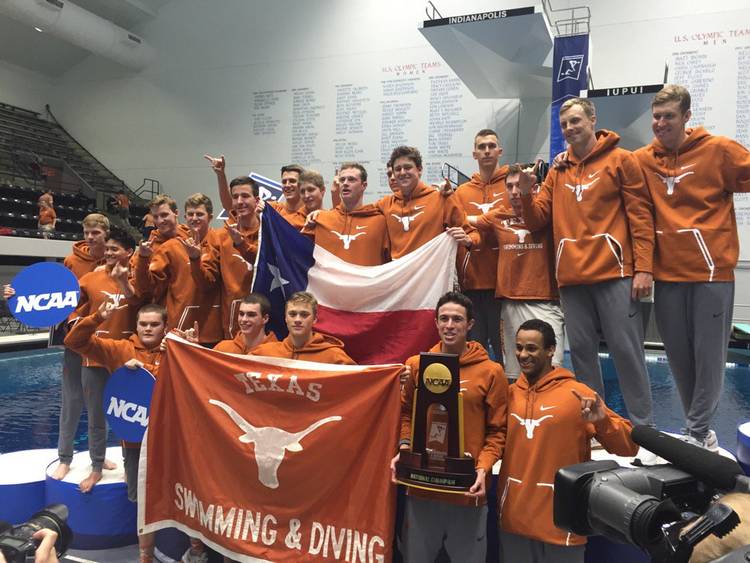 For the third straight year, every Longhorn goes into the pool to celebrate yet another national title.

The Texas men’s swimming and diving team captured its 13th overall team title and third consecutive crown at the NCAA championships on Saturday in Indianapolis.

With the win, Texas swam past Michigan and moved into No. 1 on the all-time list of champions in the sport. Not that legendary UT coach Eddie Reese expected anything less. His Horns went into the final night with a 140-point lead on the field, which is now bobbing in UT’s wake.

The kudos were quick to roll in after the Longhorns locked it up Saturday evening.

Schooling anchors Texas to the win at 2:45.39, an NCAA and U.S. Open record! #NCAASwimDive pic.twitter.com/lmSkfLH6uw