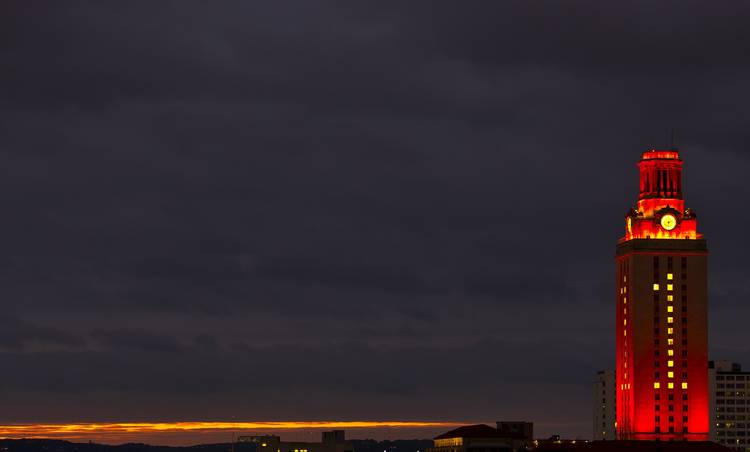 The UT Tower is dipped in burnt orange lighting with the number 1 glowing on all 4 sides of the building for The University of Texas Women’s wining the Volleyball National Championship on December 15, 2012. Ricardo B. Brazziell/American-Statesman

It’s time to light the tower.

One day after it won the NCAA championship in Indianapolis, the Texas men’s swimming and diving program will celebrate in Austin. All four sides of the UT Tower will be lit with a burnt-orange “1” on Sunday evening. The team will take photos in front of the Littlefield Fountain around 8:15 p.m.

The light show is a tradition for campus champions, but it’s becoming a regular festivity for the men’s swimming and diving program. This weekend, Texas secured its third straight championship in the pool. It was also UT’s 13th overall title in the sport, which broke a first-place tie with Michigan.

Thanks to 11 separate wins at the NCAA meet, Texas earned 542 points and clearly distanced itself from second-place Cal’s score of 349. Texas broke seven NCAA records at the meet. Senior Will Licon became the first Longhorn to win three individual events.