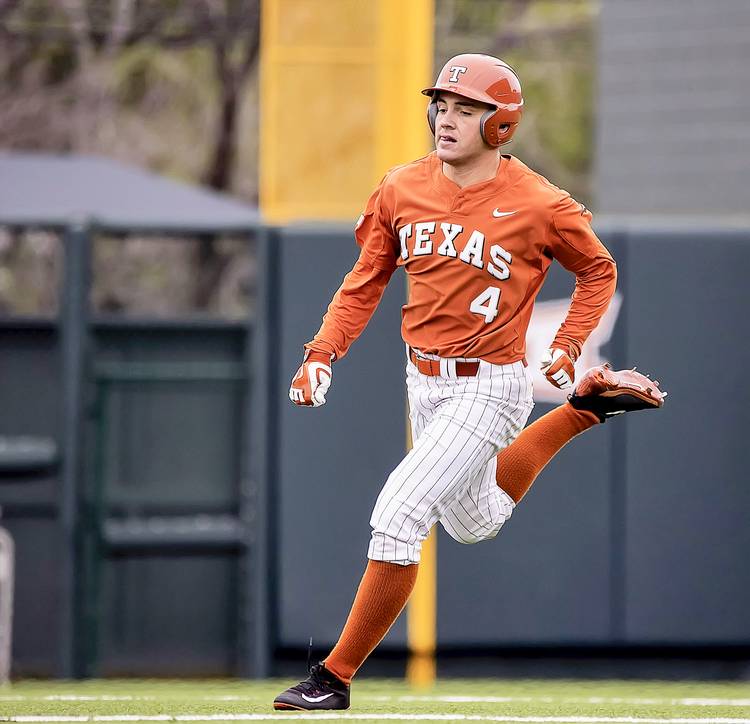 Texas left fielder Tate Shaw made some noise with his glove on Sunday.

Shaw nearly leaped over the Kansas State bullpen’s wall to snag a ball hit by designated hitter Trent McMaster. The catch at UFCU Disch-Falk Field ended the fourth inning and preserved a scoreless game. The Wildcats had a runner aboard at the time.

WOW. Tate Shaw just crashed into the LF wall in front of bullpen, extended over it, and robbed a two-run homer. Unbelievable play. #HookEm

Tate Shaw with a remarkable catch to steal a homer. That was…wow.

A sophomore from nearby Westlake, Shaw made his first collegiate start in a 15-0 win over Texas A&M-Corpus Christi on March 8. Thanks to a hot bat and injuries to fellow outfielders Zane Gurwitz and Patrick Mathis, Shaw has become a mainstay in Texas’ line-up.

Shaw entered this afternoon with a .400 batting average, but his glove has been just as valuable. In Texas’ 2-0 win over Kansas State on Friday, Shaw made an impressive catch in foul territory to end the game. Shaw is the younger brother of Collin Shaw, who was a defensive presence in Texas’ outfield from 2012-15.