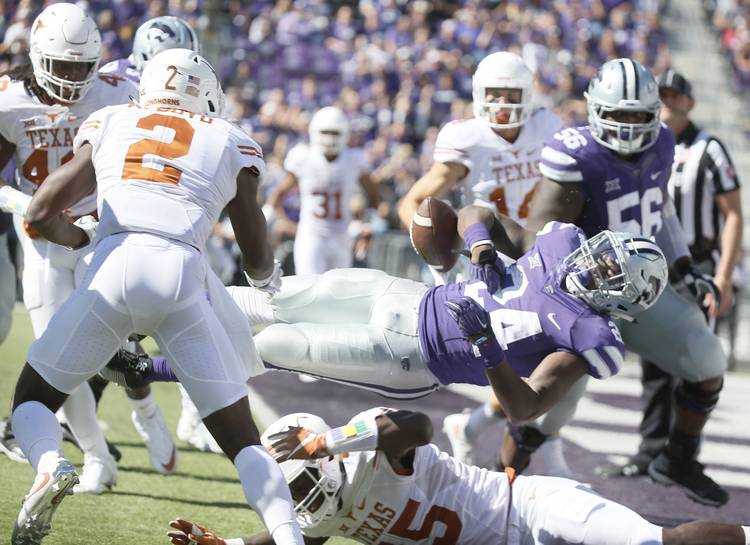 It’s obvious now that Texas is in spring football practice, and it’s obvious that there’s a lot of defensive statistics that Texas fans ought to hate from 2016.

After all, Texas did fire its defensive coordinator mid-season, allow point after point to teams like Notre Dame, Cal, Oklahoma State, Oklahoma and so on. So yeah, captain obvious here, but there are some bad defensive  stats.

In our 50 facts for 50 days series leading up to the spring football game, here some defensive stats to hate from the 2016 season.

Texas gained 3,148 yards on the ground last season. Most coming from D’Onta Foreman, the Doak Walker Award Winner. They lost 277 of those yards to shrink down its net gained. But the defense didn’t take advantage of the rushing game. Texas defense surrendered 2,708 rushing yards, and netted about 2,277 yards. Texas averaged 4.8 yards per carry, Texas opponents 4.1 yards. Texas allowed 189.8 yards rushing per game and 23 touchdowns on the season.

Texas allowed 5.6 yards per play. Do the math. It took teams, on average, less than two plays to pick up a first down. This contributed in Texas losing the time of possession (often a stat that lies, but here a telling one) 6 hours and 20.48 minutes to 5:39:12. Opponents had the ball an hour longer because the Texas defense couldn’t get off the field. When Texas did hold offenses to a third down, opponents converted 38.10 percent of the time. The Texas offense converted just 36.08 percent of the time.

So here’s the deal: Texas allowed teams to move down the field easily, taking less than two plays on average to pick up first downs, then once those teams got in the red zone, they scored 85 percent of the time, and most of the time they were touchdowns.

Tom Herman busts out the grill over the weekend