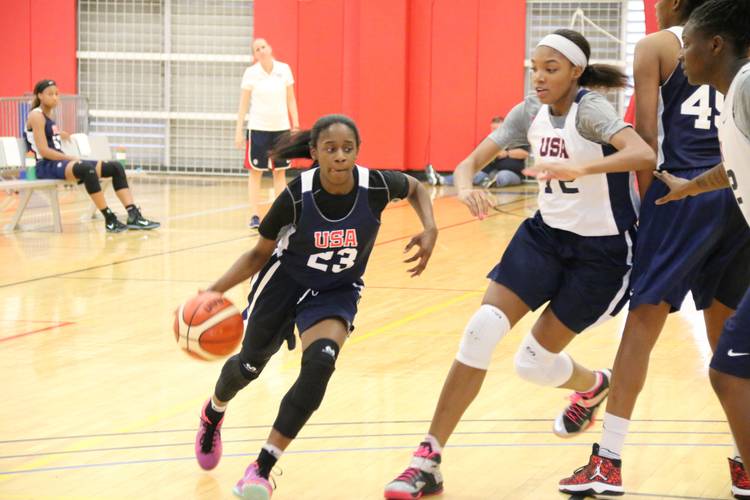 Chasity Patterson of North Shore HS will play at Texas

A future Longhorn can count herself among the nation’s top three-point threats.

A member of Texas’ 2017 recruiting class, Patterson won the McDonald’s All American three-point contest on Monday. Patterson missed every shot out of her first rack of basketballs. She, however, heated up and connected on nine of her final 10 attempts in Chicago. Her 20 points easily beat USC signee Destiny Littleton’s second-place score of 13.

Oklahoma recruit Trae Young won the boys competition with a score of 19.

The @TexasWBB commit won the #McDAAG Girl’s 3-point competition with a score of 20!#HookEm pic.twitter.com/BEFJu39lzb

A 5-foot-6-inch guard, Patterson scored over 3,000 points at Houston’s North Shore High. Next winter, she will join a Texas team that shot 35.1 percent from three-point range during the 2016-17 season. (Texas currently ranks 42nd in the NCAA in that statistical category).

Patterson will compete alongside Florida forward Rellah Boothe in the ESPN2-televised McDonald’s All American Game at 4 p.m. on Wednesday. Like Patterson, Boothe has signed with Texas. Next season, Texas expects to have nine McDonald’s All-Americans on its roster.