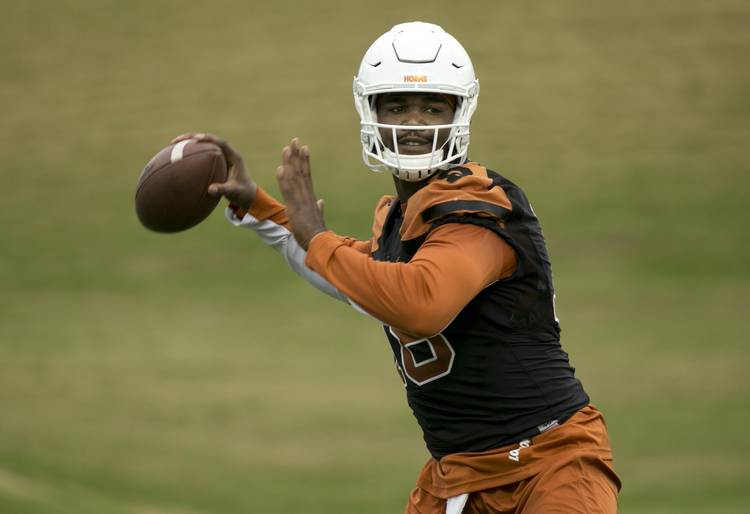 Whitewright senior Zada Swoopes picked up a win in the girls discus at the Texas Relays on Friday.

Swoopes is the younger sister of Tyrone Swoopes, who was a quarterback at Texas from 2013-16. Swoopes participated in Texas’ pro day on Tuesday, and he is currently trying to catch the NFL scouts as a tight end.

Three days later, though, it was Zada Swoopes who stepped into the spotlight. With a throw of 158 feet, 10 inches, Swoopes beat Shadow Creek junior Hailey Pollard by over seven feet.

Congrats to our very own @zadaswoopes for winning the Discus at Texas Relays #DualSportAthlete 🏀🥇 pic.twitter.com/UMo27n498C

“It feels good,” Swoopes said. “It just shows that all my hard work has paid off. Just came here to show why that I’m good at what I do.

Swoopes has shined on her brother’s campus before. In 2015, Swoopes won a Class 3A title in the discus at Myers Stadium. That spring, she also went 1-for-3 for Whitewright at the McCombs Field-hosted state tournament. She has signed to play basketball at West Texas A&M.