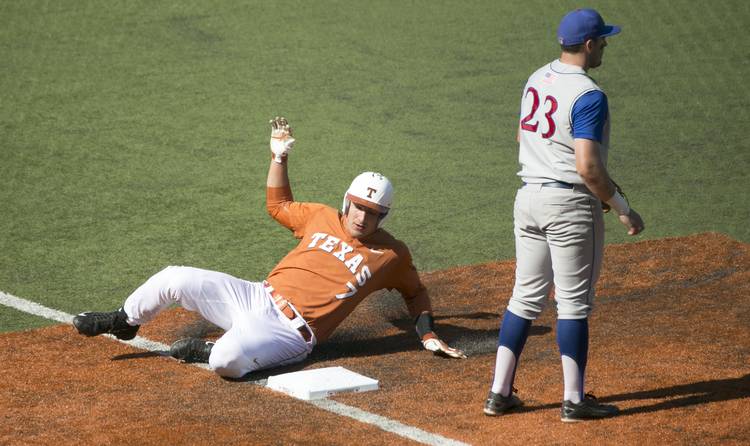 The Longhorns gathered seven hits against three Kansas pitchers, and the final hit was recorded on the game’s final play. With pinch-runner Tyler Rand on second base in the ninth inning, Tate Shaw drove a two-out single into left field. Kansas outfielder Devin Foyle came up throwing after fielding the baseball, and Rand was called out at home.

Rand immediately argued the call with umpire Jason Millsap. A replay indicated that Kansas catcher Jaxx Groshans never tagged Rand. (Whether or not Rand touched the home plate was also a close call).

The play at the plate closed out an inning in which Texas junior Michael Cantu drove in a run with a pinch-hit double. Kansas (11-15; 2-3) scored its two runs in the fourth and sixth innings, although the one run it got against UT starting pitcher Morgan Cooper was unearned. Cooper took the loss, but struck out seven over five innings.