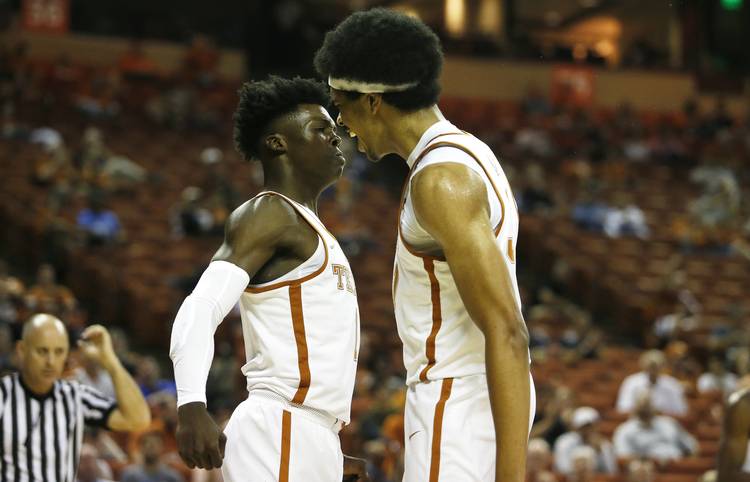 The Longhorns have finally made it! The 2016-17 season is finally over and done with. Congratulations North Carolina for capping off a college basketball year that saw the Longhorns stumble to an 11-22 record and last-place (4-14) in the Big 12.

But like Mark McGwire, we’re not here to talk about the past.

No, because college basketball programs are about to enter the stretch run for 2017 basketball recruits. The NCAA spring signing period begins on April 12 and lasts until May 17 (of course, that doesn’t mean players can’t join a program after that date, right Jarrett Allen?). For the majority of prospective college basketball recruits, April and May will be the time they put an end to their recruitment and pick a side.

For Texas and coach Shaka Smart, the late signing period could be extremely important, or not that important in the big picture.

Here’s a list of players who are already signed, committed or have yet to declare for the NBA Draft:

Remember: Texas currently has the No. 6-rated recruiting class in the nation. Every recruit that is coming in (four players right now) earned a 4-star rating.

If Jones returns, 10 scholarship players can be enough for a team to have a good season. Kansas won the Big 12 this past season by four games and had just nine scholarship players available because of ineligible transfers and injuries. So 10 players could be enough for a good season. But this team will already lack a senior (something Kansas indeed had in National Player of the Year Frank Mason), a sure-fire lottery pick (which Kansas had in Josh Jackson) and one injury in the front court could damage this team.

So spring period is very important because: They’ll have holes to fill and roster spots available.

Texas is still in the mix with the nation’s top available remaining player, the No. 3 player in the 2017 class according to 247 Sports, Mohamed Bamba. Texas is in his top four with Duke, Kentucky and Michigan. Kentucky is loaded in the front court with Texas products Jared Vanderbilt and P.J. Washington headed to Lexington along with center Nick Richards. Duke may have more of a spot for him with the power forward position wide open in Durham.

Those are the two favorites, according to 247 Sports, for Bamba. Michigan and Texas are reportedly on the outside, but Bamba wouldn’t have to worry about trying to fit in a rotation at either program. He’d instantly become the best prospect and possibly the best player on the team as soon as he arrived.

Spring signing period could be not that important because: Allen and Jones both return.

Allen returns and cements what could be one of the best front courts in the Big 12 next season. Crazy talk? Not really.

The 6-foot-11-inch standout would be the center playing next to either a 4-star recruit freshman, a more mature Banks or a guy Texas is very high on, Osetkowski. The front court is deep, young and talented if Allen returns.

If Jones returns, which is probably more likely than Allen, Texas has most of their perimeter players from last season on the roster. Kendall Yancy and Tevin Mack are gone, but Coleman solidifies the point guard spot, Davis and Roach can play their natural roles with Jones, Young and Febres providing options off the bench or possibly starting.

Now take this scenario: Realize that if Allen and Jones return, Texas still has two scholarships to hand out. Last season they kept a scholarship open. Texas could still add a top recruit like Bamba or any number of players they are still pursuing. They could also be searching for a graduate transfer to provide some more experience.

How many former Longhorns are on MLB opening day rosters?