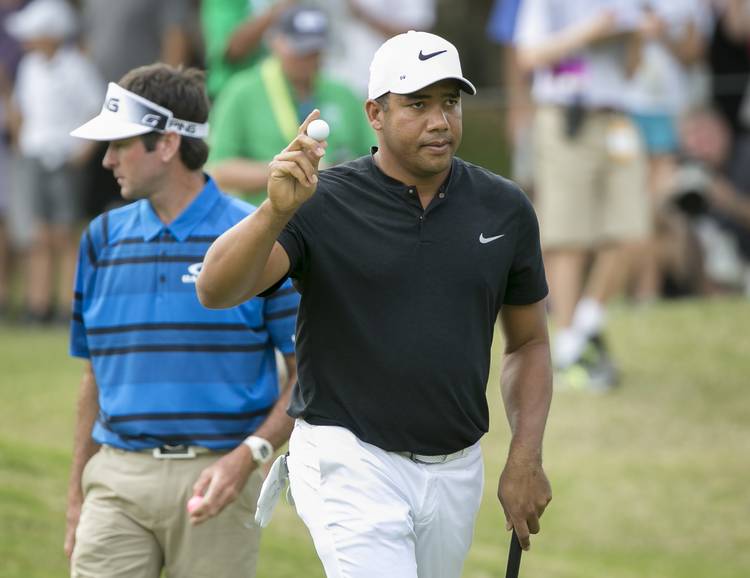 Jhonattan Vegas acknowledges the gallery after he made a putt on the seventh hole at the WGC-Dell Technologies Match Play at the Austin Country Club on Wednesday March 22, 2017. JAY JANNER / AMERICAN-STATESMAN

Wake up early on Thursday, Longhorn fans, because one former Longhorn will be teeing off early.

Former Longhorn Jhonattan Vegas of Venezuela will tee-off in the second group along with 2008 Masters Champion Trevor Immelman of South Africa and Brendan Steele of the United States.

Vegas, who competed in the Olympics this past summer, is playing in the Masters for just the second time in his career. He turned professional in 2008 and qualified for the Masters in 2011 but didn’t make the cut.

Meanwhile former Longhorn and 2015 Masters Champion Jordan Spieth will tee-off at 9:34 a.m. and is being paired with Martin Kaymer of Germany and Matthew Fitzpatrick of England.

The first rounds of the Masters can be seen on ESPN and CBS.