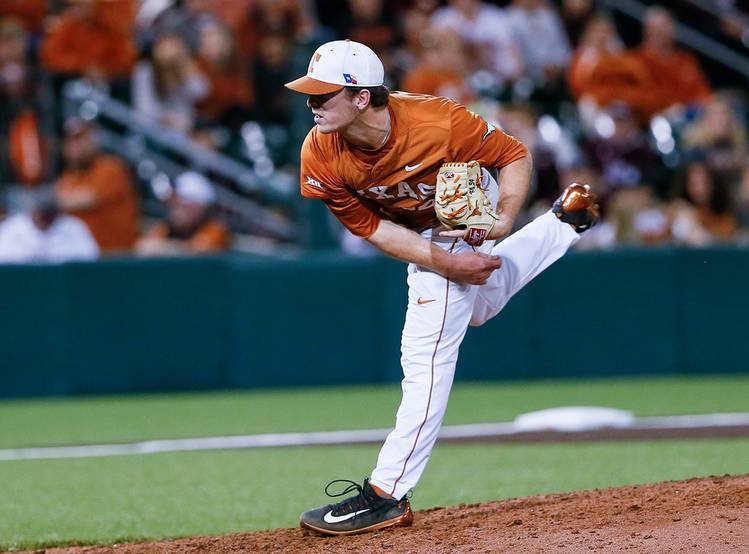 Relief pitcher Kyle Johnston (#34) in the eight inning of a game of the Texas A&M University versus the University of Texas at UFCU Disch-Falk Field in Austin, Texas on March 14, 2017 (Andy Nietupski for AMERICAN STATESMAN)

Almost six weeks after a road trip to Huntsville, it is Texas’ turn to host Sam Houston State.

Returning to Texas’ starting rotation on Tuesday is junior Kyle Johnston. The right-handed Johnston made three starts at the beginning of the spring, and he allowed 17 hits and five runs over 21.2 innings. His last five appearances, however, have been made out of the bullpen. Johnston has earned a 1-1 record and a 4.05 ERA.

Dakota Mills is the expected starter for Sam Houston State. Mills (3-1, 4.00 ERA) was credited with the lone defeat of his junior year in that February loss to Texas.

Both teams will return to conference play after Tuesday’s Longhorn Network-televised game. Texas, which sits in sixth place in the Big 12, hosts nationally-ranked Oklahoma this weekend. The Southland Conference-leading Bearkats will return to Huntsville on Friday for the opener of a three-game set against Nicholls State.