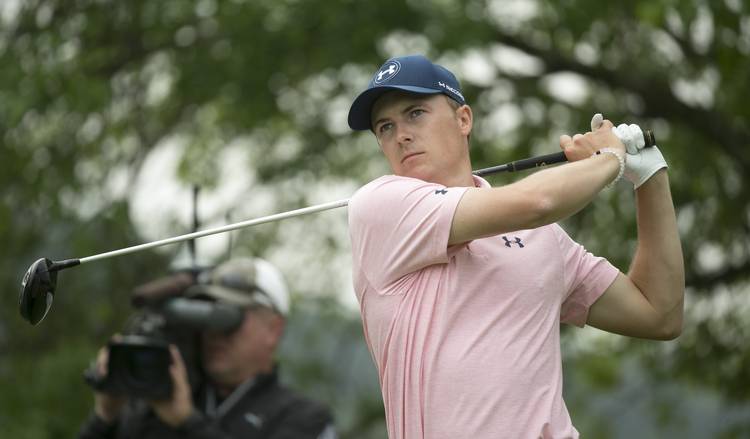 Jordan Spieth wasn’t exactly lighting the world on fire, but he had a steady first round going Thursday at The Masters. Then he got to hole No. 15.

TAKE THE QUIZ: How well do you speak Spieth?

A quadruple bogey 9 on the iconic par five saw hopes of an even-par or better score disappear for the former Texas star, who shot 3-over 75. Sitting even with a short approach into the green, Spieth watched his wedge shot spin backward into the water. His fifth shot flew the green, and his pitch coming back nearly ran into the water again.

It is the second-straight round at Augusta National that has featured a quadruple bogey for Spieth, who famously put two balls into Rae’s Creek while in contention in the final round last year.

This time, Spieth bounced back with a nearly perfect tee shot on hole No. 16 that led to a birdie.  Closing pars at Nos. 17 and 18 limited the damage done at No. 15.

.@JordanSpieth is 7 shots back, but looks to build some momentum with this approach to the par 3 16th. #themasters https://t.co/zPSZEWZXTY

At the time Spieth’s round completed, William McGirt held a one-shot lead at 3-under.

Playing in a stiff wind that made scoring difficult, Spieth had a solid round going before his brief implosion. He two-putted for birdie at hole No. 2 and made bogey at No. 5 to shoot an even-par 36 on the front nine.

The beginning of the back nine brought more of the same, as Spieth’s first competitive tee shot at No. 12 since last year found the green, and a birdie followed at No. 13.

Fellow Texas product Jhonattan Vegas shot 6-over 78 in his first round.

Diamond Dust: Can Texas softball shake off its awful history against ranked teams?