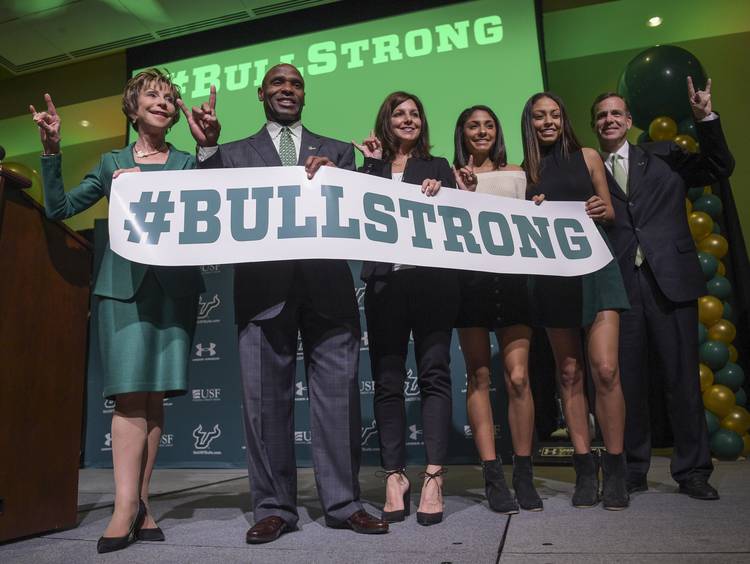 Charlie Strong was fired as head coach of the Texas Longhorns in late November. Around the same time, Mark Helfrich was fired at Oregon.

This is all connected. About a week after Oregon fired Helfrich, the Ducks hired South Florida coach Willie Taggart.

But the university may have had some help in convincing Strong to take the job. Strong told Campus Insiders that players he didn’t even know were texting him to take the job:

It’s amazing sometimes when you sit back looking at the Texas situation. When this job came open I had some of the players here—I don’t even know how they got my phone number—texting me telling me to take this job. Saying, ‘Coach, please take the job.’ So when I showed up, they were excited.”

The article definitely shines a positive light on Strong, who has the worst winning percentage in Texas football history, and implies that maybe the coach didn’t have enough time, saying: “Herman is going to win—and possibly win big—with the Longhorns. Unfortunately for Strong, he was never able to see his vision through with the ‘Horns.”

What’s surprising is this story refuses to talk about baked cakes, Kansas losses, D’Onta Foreman, core values, coordinator midnight runs and ping-pong —  just a few of the most popular topics of the Strong era.

On Second Thought Ep 51: Suzanne Halliburton on A&M, Baylor and Kirk on The Masters