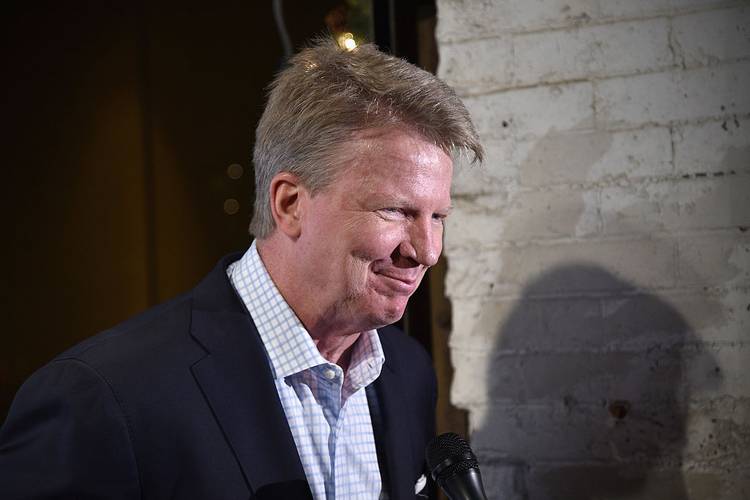 Simms had served in the role since 1998, most of that time paired with iconic play-by-play broadcaster Jim Nantz. Speaking on his Bleacher Report “Simms and Lefkoe Podcast”, Chris Simms — the former Texas quarterback and son of Phil Simms — shed some light on the other side of CBS’s new arrangement.

RELATED: Golden: Romo’s off to CBS, but is something wrong with this picture?

Chris Simms said the network did not reach out to his father before word started to spread about the move, and he actually received the news first.

“It’s been out there rumored for two weeks. I had to tell my dad first before CBS or anybody, because I found out from an NFL insider,” he said. “I forwarded the text message that I was sent. It basically said, ‘Hey, listen. Sorry to be the bearer of bad news, but Romo is being offered your dad’s job on CBS. That sucks, I’m sorry.’ My dad was in Barbados and I had to forward the text message to him to let him know.”

Chris Simms also theorized that Nantz knew about the decision and likely signed off on it despite his father being in the dark.

“I wouldn’t be shocked,” he said when prodded by host Adam Lefkoe about whether Nantz knew. “I think that certainly a company like CBS, they’re going to run this by Jim Nantz. If I’m going to sit here and be honest with you, yeah that’s what I would envision happens. Jim Nantz is their guy. He is ‘Hello friends.’ He’s kind of the face and voice of the network, and he’s a bigger linchpin than Phil Simms for that network, that’s for sure. I would think in some degree or fashion — I’m not trying to throw Jim under the bus — but yeah, I would think that he signed off on this to some degree.”

Chris Simms said he did not know what the network has planned for his father, and that it would likely not be decided for a few more weeks. CBS Sports Chairman Sean McManus has reportedly said the plan is to keep Phil Simms but move him to a different role.

Chris Simms speculated that could mean dropping down to be an analyst on a lower broadcast or potentially moving to the studio team. Or, he said, Phil Simms could move on from CBS after 19 seasons.

“I really think all those things are on the table,” he said.

You can listen to the full podcast by clicking here, but be warned it includes some explicit language.