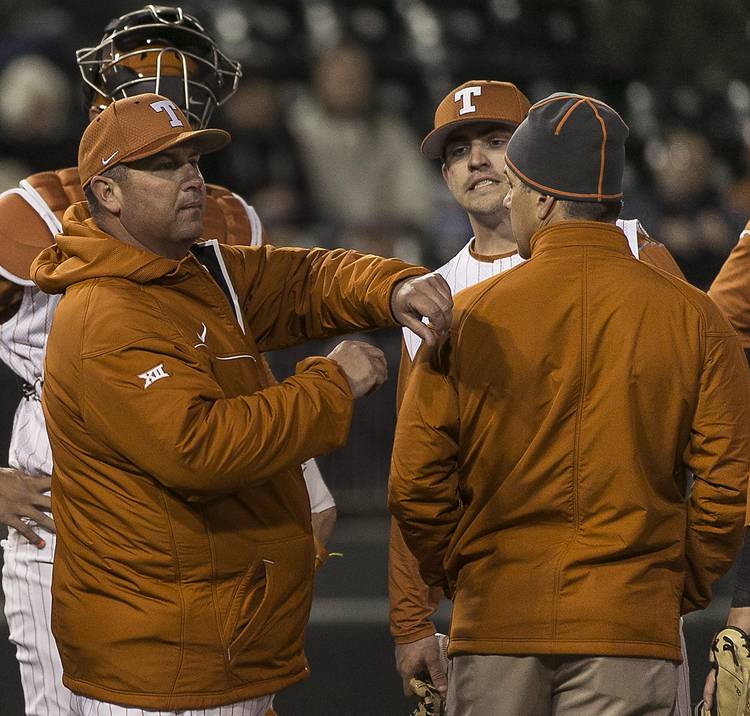 As they jostle for positioning in the Big 12 standings, Oklahoma and Texas will play three times at UFCU Disch-Falk Field this weekend.

Five Sooners have 50 at-bats and a .300 batting average, while Michael McCann and Kacy Clemens have accomplished the same feat in Texas’ line-up. This weekend, though, may belong to the Sooner and Longhorn pitchers.

This series will feature the two teams with the lowest ERAs in the Big 12. In its first season with ex-Texas pitching coach Skip Johnson, Oklahoma has posted a 2.70 ERA. With Johnson not in the Texas dugout for the first time since 2006, Texas has a 2.96 ERA.

Editor’s note: The original version of this story has been edited to correct the order of Oklahoma’s starters.