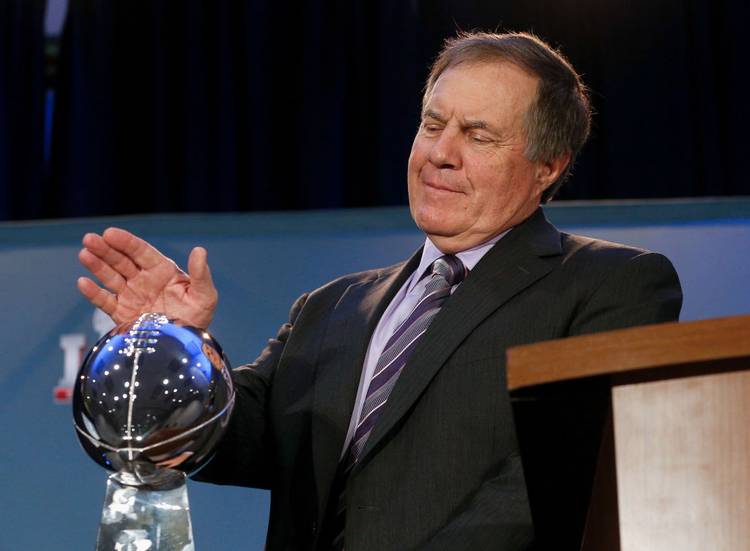 When it comes to producing NFL talent, there are few states that compare to Texas. Rosters are loaded with stars who grew up dreaming of playing under the famed “Friday night lights.”

So it makes sense that New England Patriots coach Bill Belichick would jump at an opportunity to give back to the Texas high school coaches. That’s exactly what he did Friday, when he spoke at the Texas Coaches Clinic held at the Longhorns practice facility.

Here’s a 2-minute, 20-second clip of his speech. Scroll down to read a transcription:

“You guys probably thought I’d be here in a gray sweatshirt, right? I dressed up here pretty good. It’s really an honor. When coach Herman called me about a month ago and asked me to be at this clinic, it’s really an honor for me to be here. I’ll kind of piggyback off coach (Mack) Brown’s comments. I have so much respect for what you do. The high school coaches in Texas, one of the great states and great football areas in our country. What you guys do for not only schools around here, which I know are filled with Texas players, but what it does for our team in the National Football League is tremendous.

“This is the time of year when I go on the road and visit different schools and also get a chance to talk to a lot of players  — draft-eligible players. When you get into these guys’ background and how they grew up and how they got to where they are, what their story is, the one consistent theme in almost every player is the impact of their high school coach on their career and their life. Again, I just want to say thanks to all of you for what you do and how well you do it.

“The impact that you guys have on the young men, student-athletes that you coach is far greater probably than what you realize because they speak so highly of you collectively as a group and individually of how you not only help them on the athletic field but also in their personal life. Academically, giving them structure, giving them guidance, and putting them on the right path and the right track in life. Again, I want to recognize that and I sincerely mean that and appreciate what you do.

“It’s great to be in the great state of Texas. Fortunately I’ve had a lot of good success down here, a lot of good memories. I know that doesn’t sit well with some of the other teams in this area, but be that as it may being back here in Houston a couple months ago was a phenomenal week and a phenomenal game for us.”

In addition to Belichick, the high school coaches also heard from former Texas coach Mack Brown as well as Herman.

Thank you @RobertShipley2 and @CoachTomHerman for the opportunity share some insight on LT Football!!! https://t.co/xz5gzudqm9

According to statistics gathered by Cleveland.com back in September, Texas produced the third-most NFL players by place of birth with 160. Florida (193) and California (187) were the only states with more, and those were the only three states with more than 100. While it may be surprising to some that the Lone Star State isn’t first, there is no doubt players from Texas have helped shape modern professional football.

Who knows, Belichick might have even spent some time while he was in Austin speaking to current Texas draft prospect D’Onta Foreman.

The Texas Coaches Clinic wrapped up Saturday. Judging by Friday’s turnout and list of guests, it was already a success before the day started.