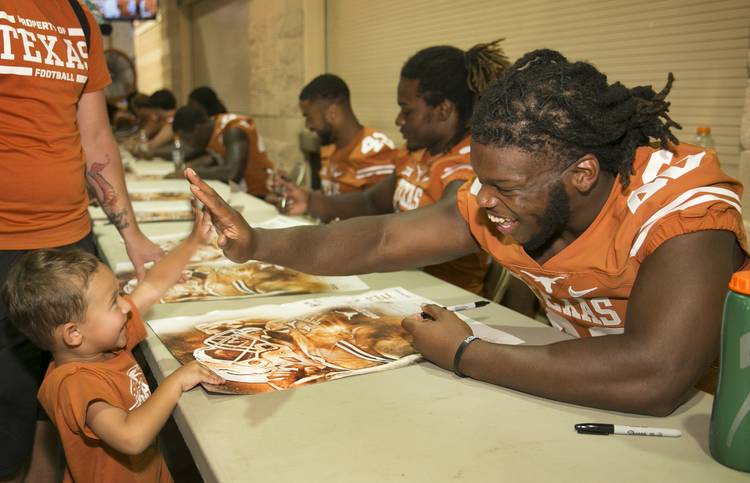 On Monday, Texas honored the top students in its athletic department at its 2017 Academic Awards Presentation.

Congrats to our Rachel Fleming, recognized tonight for highest GPA among graduating student-athletes at Texas! (with PJ Dunne of @TexasMSD). pic.twitter.com/f9rN1nX9DK

Football players Malik Jefferson and Chris Nelson were among the athletes who took home an academic award at the ceremony.

Jefferson earned the Men’s Athletics Council Academic Achievement Award, which “recognizes male student-athlete who, through perseverance, determination and motivation, has embraced the opportunity to earn a degree from Texas. This student-athlete has served as a leader and influential role model to other student-athletes and to the community.” Nelson joined hurdler Ariel Jones as the recipients of the Academic Excellence and Spirit Award.

The Longhorn volleyball team also secured the athletic department’s Bevo Cup. Each year, Texas awards its Bevo Cup based on an athletic program’s “involvement and service to The University and the community, support of each other, participation with (the Student-Athlete Advisory Committee) and their overall academic achievement.”

A full list of the awards won by Texas’ student-athletes can be found on texassports.com.

Golden: Areas to watch for the 2017 football season including who can be an All-American