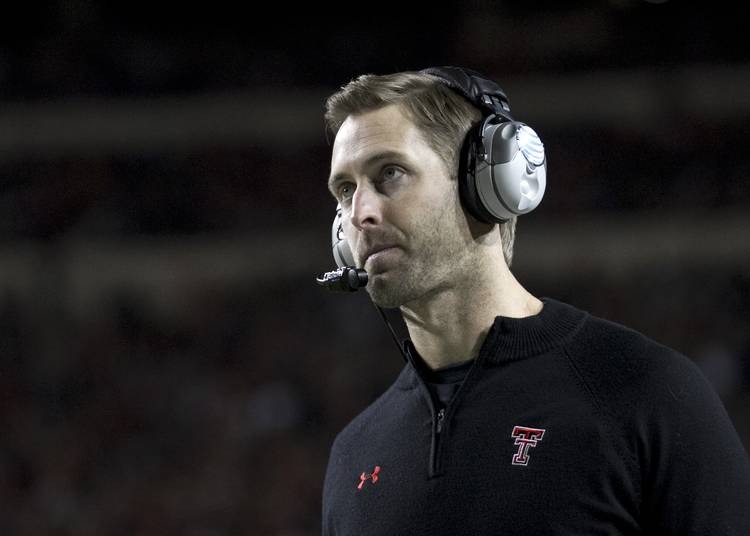 The Texas spring game is only a few days away.

This year it’s happening the day before Easter. The Longhorns will play Texas Tech the day after Thanksgiving. In the holiday spirit, here’s a feast of Red Raiders facts to get you through these last few days of football famine.

Let’s get right to it. Texas Tech boasted the top offense in college football in 2016, with averages of 564.5 yards and 43.7 points per game.

Much of that offensive production came via the immense skill of one player: quarterback Patrick Mahomes III. No matter what they do, the Red Raiders will take on a new identity in 2017 without one of the most exciting players in college football the past few seasons. Mahomes accounted for 442.7 yards per game, and racked up 5,312 yards of total offense in 2016. He threw for 11,252 yards over his three seasons.

This is the disparity between Mahomes’ career passing yardage and that of the man who has been selected to replace him: Iowa transfer Nic Shimonek. The Class of 2013 product of Class 3A Mildred High School in Corsicana has completed 39 of his 60 college passes for 482 yards. He turned heads last year when he entered for an injured Mahomes and threw for 271 yards in a 55-19 win over Kansas. That has some ratcheting up expectations for Shimonek.

Now for the harsh reality the Red Raiders must address. Even having the nation’s best offense couldn’t overcome being paired with the worst defense in all of FBS. Texas Tech allowed 554.3 yards per game, which is only 10 yards less than it gained. It gave up 43.5 points per contest, also the worst in the country. At least Red Raiders games are fun to watch — assuming you have five hours.

A 5-7 record in 2016 leaves Kliff Kingsbury with a below .500 record over his four seasons coaching his alma mater. So far, the high-water mark of his tenure was the very first season when the Red Raiders lost five-straight games before winning the Holiday Bowl to finish 8-5. If Kingsbury can’t take the program bowling this year, he might be the one forced out of wearing the “Double T.”

Until further notice, the Double T is not allowed to be worn inside the football facility. Learn more this week… #WreckEm #EarnTheDoubleT pic.twitter.com/Kgf6Av9MJJ

Bohls: Spike Dykes and chicken legs; Tom Herman should suit up whom for the spring game?