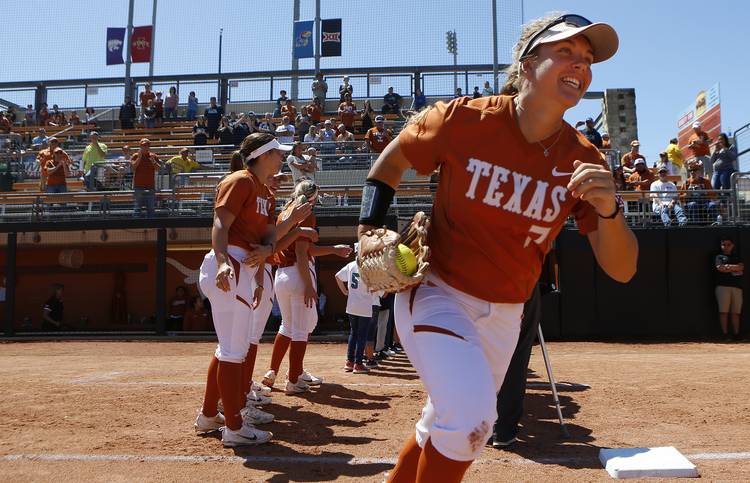 As it attempts to salvage its softball season, Texas was dealt another loss on Wednesday.

Texas announced that sophomore outfielder Reagan Hathaway has been ruled out for the rest of the season with a knee injury. Hathaway tore the anterior cruciate ligament in her right knee when she collided with second baseman Kaitlyn Slack during a 3-2 loss to Oklahoma on April 7.

Hathaway ranks among Texas’ leaders in home runs (four), RBIs (18) and runs scored (21). Hathaway is hitting .253, but 16 walks have bumped her on-base percentage to .371. Her four triples are tied with Oklahoma State’s Vanessa Shippy atop the Big 12 leaderboard.

Defensively, Hathaway had been Texas’ starting center fielder in 30 of her 31 games. Senior Stephanie Wong shifted to center field following Hathaway’s injury, and five of her 37 starts have been at that position. Freshman Jade Gortarez is the only other Longhorn to start in center field in 2017.

Like Tom Herman, SMU is using rap music to bond with players and fans