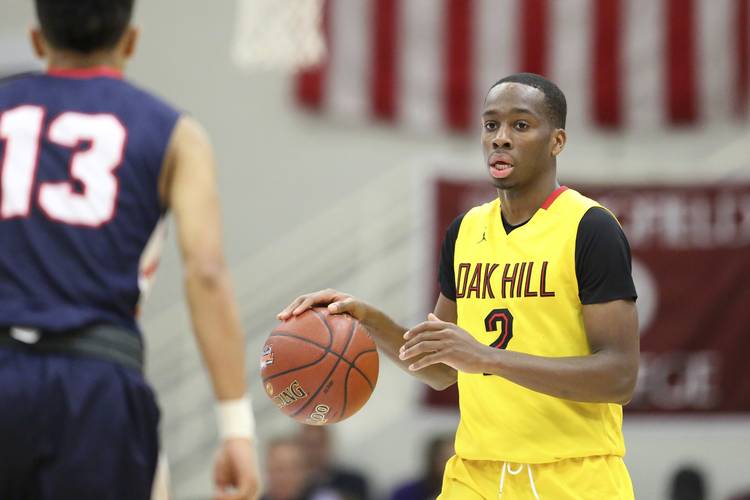 Texas coach Shaka Smart needed a point guard. On Wednesday, he got the one he’s coveted for years.

Oak Hill Academy point guard Matt Coleman submitted his national letter of intent to the Longhorns on the first day of the spring signing period, the school confirmed.

Coleman is expected to be the only player UT signs on Wednesday, but Smart and his staff are far from done. The Longhorns are still chasing five-star center Mo Bamba, who would be an instant replacement for departing freshman Jarrett Allen.

It's official, welcome to the family bro @mattcoleman2_ 🤘🏽🐂

Bamba told ESPN he was “just waiting it out and seeing.” It’s believed that Bamba is down to only two schools — UT vs. Kentucky. Allen’s decision to leave Texas and stay in the NBA draft is also thought to help the Horns’ chances as well.

Coleman’s signing addresses the biggest concern on Smart’s roster. The 6-foot-2 athlete averaged 12.3 points in 31 games this season at Oak Hill, located in Mouth of Wilson, Va. He shot 56.4 percent from the floor and went 25 for 54 (.46.3 percent) from 3-point range.

Coleman also averaged 7.9 assists and 2.0 steals per game for a team that finished the year 37-4 and averaged 90.6 points per game in February and March. He’s considered the nation’s 10th-best point guard and the second-best player overall in Virginia, according to 247Sports.

Coleman could not be reached immediately. Smart is scheduled to have a press conference on Wednesday afternoon.

In statement emailed to reporters, Smart said, “We’re very excited about the addition of Matt Coleman to our program. The relationship with Matt and his family goes back many years through the recruiting process, and there’s definitely a strong connection that has been forged over time. Matt is a true point guard who is an absolute winner.”