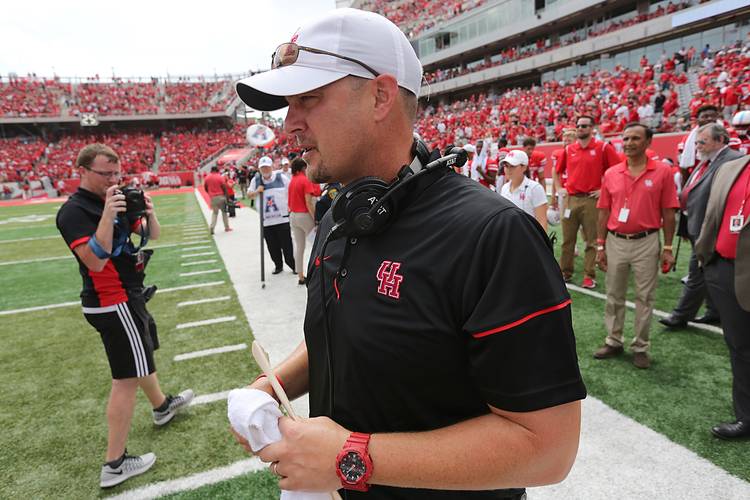 Houston Cougars coach Tom Herman is seen on the field before Houston played against the Lamar Cardinals at TDECU Stadium on September 10, 2016 in Houston, Texas. (Photo by Thomas B. Shea/Getty Images)

Tom Herman prepares for his first Orange-White Spring Game this week at Texas and it marks the first time fans will see him at Royal-Memorial Stadium coaching football on the sidelines.

But it’s not his first rodeo. Herman has been a head coach for two seasons at Houston and as part of our 50 facts in 50 days, let’s take a look at five facts you need to know about his teams.

A lot has been made this spring about improving the Texas defensive line and getting the unit more aggressive. At Houston, Herman’s defense tallied 39 sacks in 2016 and 36 in 2017.

Translation: Herman’s first season saw a really good performance by his offense, while the defense outplayed the offense in year two.