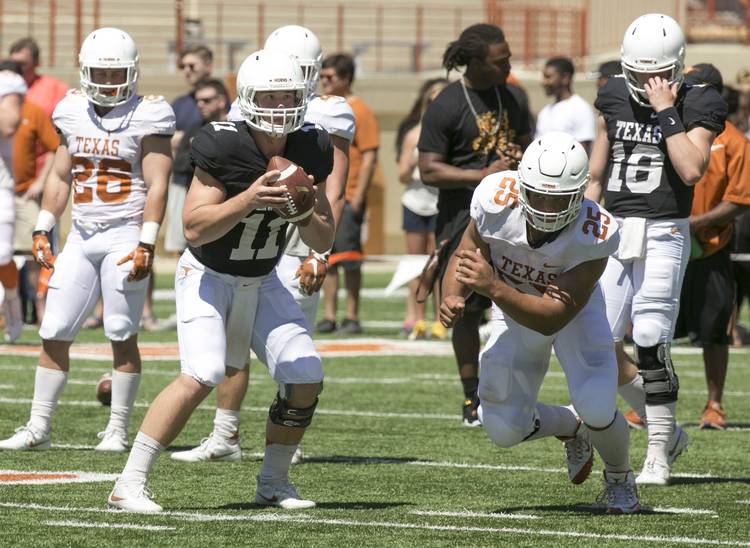 All three early enrollees in the 2017 class — quarterback Sam Ehlinger, running back Toneil Carter and kicker Joshua Rowland — featured prominently for the Longhorns during Saturday’s Orange-White scrimmage. Ehlinger ran the second-team offense at quarterback with mixed results, while Carter showed promise and Rowland eased worries about the kicking game.

Ehlinger wasn’t afforded that luxury and it showed. The first-team defensive line dominated the second-string offensive line, which didn’t allow Ehlinger to fully deploy his four-star talents. Still, it was clear who was the true freshman quarterback and who was the veteran. Buechele is the leader of the position entering the fall.

Carter was an offensive standout. The four-star prospect out of Langham Creek found himself atop the depth chart after injuries to running backs on the roster. Carter played with the first and second team, showing a solid blend of running talent, catching ability and the willingness to block out of the backfield.

Tom Herman’s program needs a reliable kicker and Rowland went 3 of 4 on field goal attempts. The junior college transfer from Mississippi Gulf Coast C.C. looked confident from distance and is the presumptive starter heading into the season.