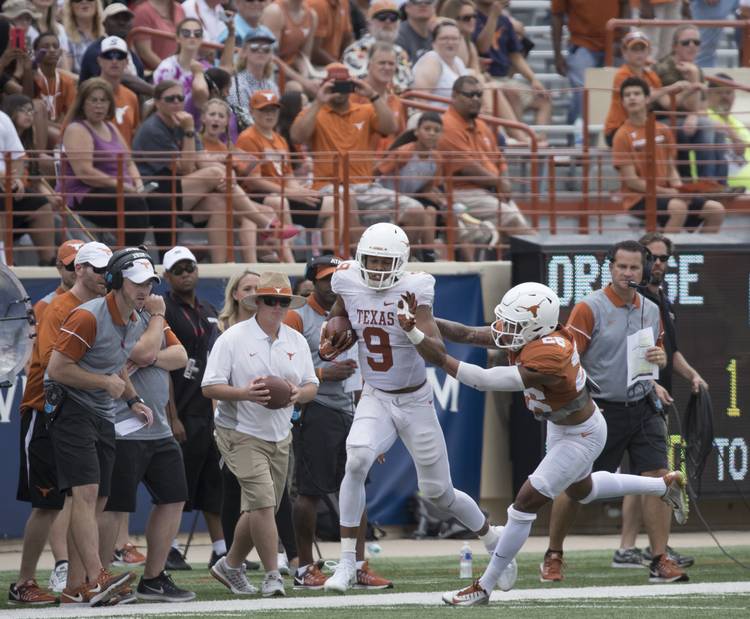 Texas receiver Collin Johnson (9) fights for yardage against defensive back Eric Cuffee during a spring football game at Royal-Memorial Stadium on April 15, 2017. RICARDO B. BRAZZIELL/AMERICAN-STATESMAN

Collin Johnson showed flashes of his potential during his freshman season, including a pair of acrobatic touchdown catches at Texas Tech.

Judging by his performance Saturday during the Longhorns’ spring game, the 6-foot-6 wide receiver from California might be ready for a breakout in 2017. He caught a pair of touchdown passes and had 98 receiving yards in the first half of the scrimmage.

The first of his touchdown grabs came on the very first drive, and Johnson instantly fell into a groove with starting quarterback Shane Buechele. Check out some of his highlights below.

Collin Johnson can make them miss too. #Hookem pic.twitter.com/ljtetCMLix

What a catch by Collin Johnson. #Hookem pic.twitter.com/iU54CDC32w

Johnson caught 28 passes for 315 yards and three touchdowns as a freshman.