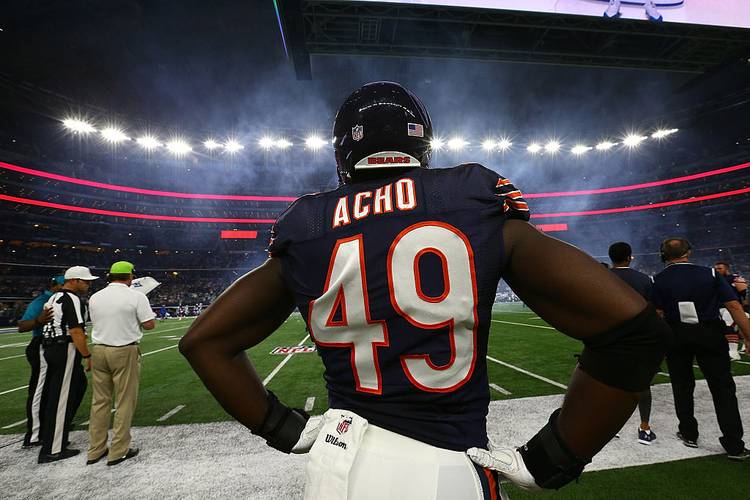 The Chicago Bears have re-signed linebacker Sam Acho on a one-year contract, the team announced Saturday.

The former Texas standout is coming off his sixth NFL season and his second with the Bears, during which he made 27 combined tackles and a sack from his outside linebacker spot. Acho started six games in 2016.

We have re-signed LB @TheSamAcho to a one-year contract.

Players are back at Halas Hall Tuesday. See you then, Sam! pic.twitter.com/04VJAV2gNK

A graduate of the McCombs School of Business, Acho played his first four NFL seasons with the Arizona Cardinals. At Texas, he won the William V. Campbell Trophy as the nation’s top football student-athlete. His brother, Emmanuel Acho, also played for the Longhorns and is currently a free agent.

Sam Acho recently spoke at the McCombs school as part of a 100-year celebration of the business program.

LOOK: Renderings of new Texas locker room, and Tom Herman’s inspiration behind it