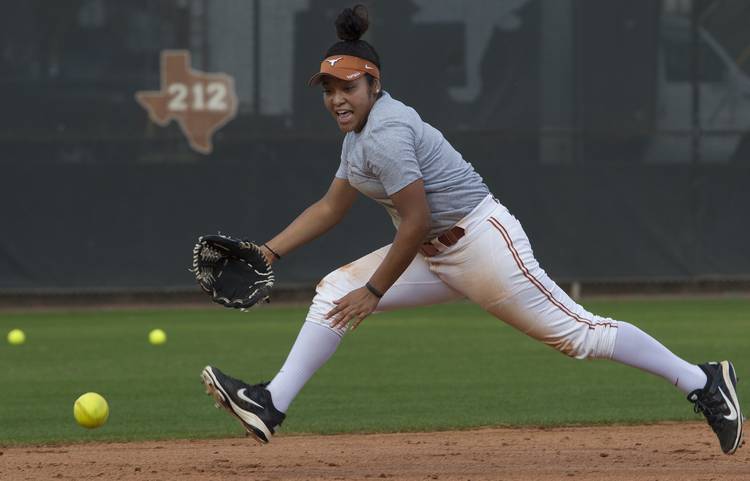 As one of the newest additions to Texas’ starting line-up, freshman outfielder Kaitlyn Washington has caught the Big 12’s attention.

Washington was named the Big 12’s Player of the Week on Tuesday afternoon.  In last weekend’s three wins over Texas Tech, Washington hit .467 (7-for-15) with two runs and four RBIs. A Humble native, Washington doubled three times in the sweep.

Washington was recognized alongside Oklahoma’s Paige Parker (Pitcher of the Week). The first Texas freshman to earn a Big 12 accolade since 2015, Washington joins senior Tiarra Davis as Longhorns honored during the 2017 season. Davis was named the conference’s pitcher of the week on Feb. 28.

Outfielder Reagan Hathaway’s season-ending knee injury has cleared more playing time for Washington, who has collected 21 of this season’s 50 at-bats over Texas’ last five games. Eight of Washington’s 13 hits have been earned in those five games.

Texas (23-18; 3-6 Big 12) hosts Texas Southern on Wednesday. The Longhorns then return to McCombs Field on Friday for the opener of a three-game set against Iowa State.