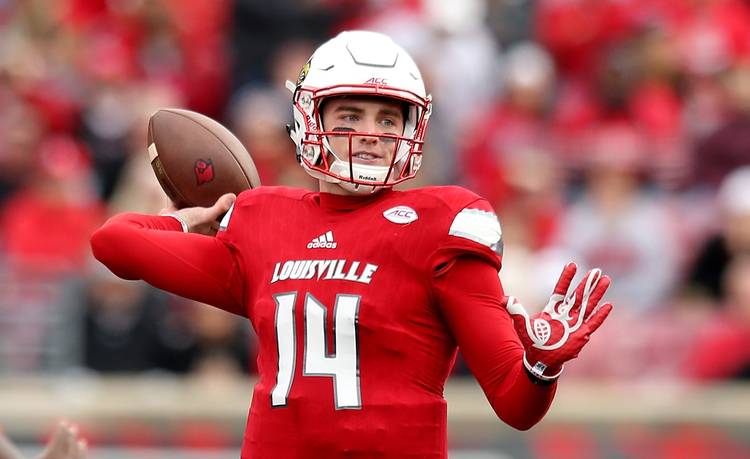 LOUISVILLE, KY - NOVEMBER 07: Kyle Bolin #14 of the Louisville Cardinals throws a pass during the game against the Syracuse Orange at Papa John's Cardinal Stadium on November 7, 2015 in Louisville, Kentucky. (Photo by Andy Lyons/Getty Images)

Louisville quarterback Kyle Bolin is transferring, reports the Louisville Courier-Journal, and his name can be added to the list of transferring quarterbacks Texas is looking at according to Bolin.

The senior, who was once recruited by Charlie Strong to be a Cardinal, was the backup quarterback to Heisman Trophy winner Lamar Jackson last season and will transfer to a new school following his graduation this spring. According to the Courier-Journal Bolin did not participate in Louisville’s spring practices and he has been contacted by several teams, including the Longhorns.

“He said Northern Illinois has also offered him a scholarship, and he plans to visit there. He said Texas and Western Michigan are among the teams that he’s been in contact with.”

Following a strong  performance by sophomore quarterback Shane Buechele during the Texas spring game last weekend, coach Tom Herman was non-committal on who his starting quarterback would be in the fall. Even if Buechele strengthened his position as the starting quarterback at Texas, the Longhorns would enter next season with just two scholarship quarterbacks on the roster (Buechele and Sam Ehlinger).

Bolin has experience both as a backup and starter, as he started five games for the Cardinals in 2015 before Jackson eventually took the job. He also threw 381 yards and three touchdowns against rival Kentucky in 2014 as a freshman. Bolin played high school football in Kentucky at Lexington Catholic High School.

Bolin committed to the Cardinals when former Texas Strong was still at Louisville and remained committed after Bobby Petrino became the coach. His younger brother Clay is on the Louisville roster and will reportedly stay in Louisville.