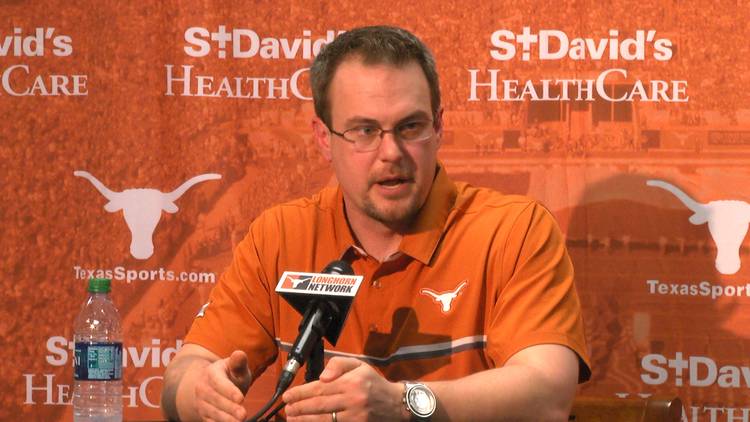 In his teleconference with Big 12 reporters, Herman spoke for 10 minutes. He took questions from only three reporters as he spent a lot of his allotted time discussing the NCAA’s recent green-lighting of a rule regarding the hiring of people associated with a recruit.

If approved by the NCAA’s board of directors, those associated with a signed prospect (a high school coach, relative, etc.) can’t join the support staff at the recruit’s college during a window that ranges from two years prior to the player’s arrival to two years following the player’s departure.

A recruit’s associate can still be hired as an assistant coach or head coach.

Herman bemoaned the decision, saying the intent was good but that it could have unintended consequences. Under this new rule, Herman said he essentially could not have high school coaches work at his camps. Lake Travis coach Hank Carter and DeSoto coach Todd Peterman recently spoke at Texas’ coaching clinic, which would also be forbidden in the future.

“The rule is well-intended,” said Herman, who suggested this rule may trigger a labor lawsuit in the future. “But again, the NCAA has seen some of these extreme things that are going on, and rather than attack the extreme and deal with the other ones that are perfectly OK separately, we just attack the entire system and we’ve thrown a blanket over it that affects a lot of high school coaches in a negative way.”

When asked for his suggestions for an edit, Herman said he’d let high school coaches work at camps to a fee that could be capped by the NCAA.

Here are some of the other highlights from Herman’s teleconference:

REPORT: Louisville grad transfer quarterback says he has had contact with Texas