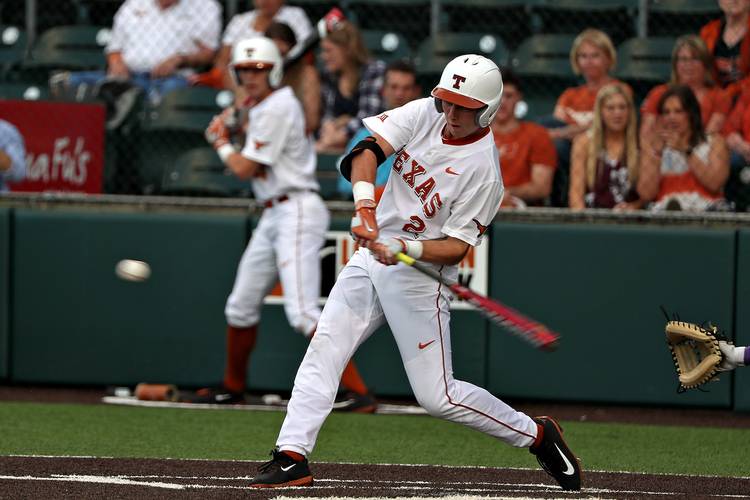 With series against Oklahoma State, TCU and West Virginia on the horizon, Texas will take a break from Big 12 play this weekend.

Starting on Friday, Texas (25-15) will host New Orleans for three games at UFCU Disch-Falk Field. Texas holds a 6-0 series lead in its series with New Orleans, but the teams last met in 1989.

The Big 12’s sixth-place team, Texas won’t be able to improve on its 7-8 conference record this weekend. Texas sophomore Kody Clemens, though, insisted that these three games are like any other series.

“I think it will be good for us to come out and see someone who we’ve never seen before,” Clemens said. “I think it’s just as important as a Big 12 series. At this point of the year, it’s probably the same as if we were playing another Big 12 team. I don’t think there’s anything there, I think that it’s just another weekend series that we need to go out and win.”

Texas will open this series with left-hander Nick Kennedy (5-0, 3.14 ERA) on the mound against RHP Shawn Semple (5-2, 2.82). Right-hander Morgan Cooper (4-2, 1.63) will start on Saturday opposite lefty Bryan Warzek (5-1, 2.14), and right-hander Kyle Johnston (3-3, 3.99) will start Sunday’s series finale against right-hander Riley Hodge (0-1, 6.75). Texas coach David Pierce suggested that he may limit his starters’ innings and pitch counts this weekend, which could provide an opportunity for the Longhorns to work on their bullpen.

Five straight losses have dropped New Orleans’ record to 19-18, and it is 8-10 against foes from the Southland Conference. Four Privateers have batting averages that top .300, and Tristan Clarke is hitting .296 with eight home runs. As a team, New Orleans has a 4.66 ERA.