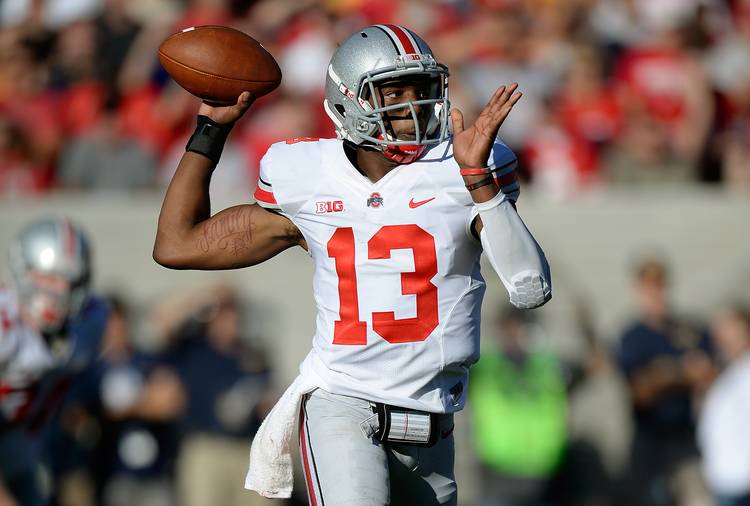 BERKELEY, CA - SEPTEMBER 14: Kenny Guiton #13 of the Ohio State Buckeyes rolls out to pass during the second quarter against the California Golden Bears at California Memorial Stadium on September 14, 2013 in Berkeley, California. (Photo by Thearon W. Henderson/Getty Images)

Kenny Guiton’s brief stay on the 40 Acres has come to an end.

Less than four months after he followed Tom Herman to Texas from Houston, the former Ohio State quarterback is headed back to the Bayou City for his first full-time coaching gig. Cougars coach Major Applewhite announced the move on Friday.

Excited to be back! https://t.co/gVNfP1rLy3

Guiton, who was a quality control assistant for the Longhorns, replaces Darrell Wyatt as Houston’s wide receivers coach. No reason has been given for Wyatt’s departure.

Wyatt has also coached at Texas, serving as the wide receivers coach for three seasons starting in 2011 and rising to co-offensive coordinator in 2013.

“We’re very appreciative of Darrell’s contributions over the last 15 months and certainly wish him well,” said Applewhite. “We are excited for Kenny’s return to our program and know he’ll be welcomed by both our current and future student-athletes.”

Guiton is a Texas native who played at Aldine Eisenhower High School in Houston before heading to Ohio State, where he became a fan favorite as a lifetime backup. He and Herman first crossed paths in Columbus, when Herman was the Buckeyes’ offensive coordinator. Guiton served as a graduate assistant for Houston last season.