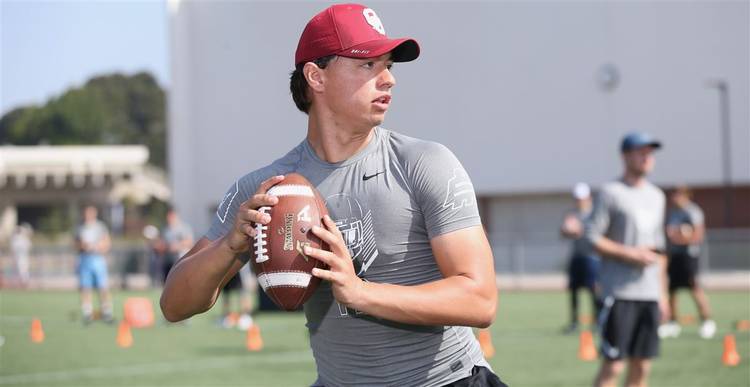 Tom Herman didn’t need to wait until October to get his first win over Oklahoma.

On Saturday, the Texas coach picked up a commitment from Cameron Rising, a 4-star quarterback from California who had previously been committed to the Sooners. Rising made the announcement via Twitter.

“I could feel the energy throughout the entire program — the coaches, players, recruits and fans,” Rising wrote. “I want to be part of building something special, something historic and know that Texas is the place for me.

“I truly believe Coach Herman will bring Texas back to the elite status program it is.”

Rising is rated four stars and is the No. 7-ranked pro-style quarterback in the 2018 class, according to the 247Sports composite. He is listed at 6-foot-2, 209 pounds.

Rising is the fourth player from the Class of 2018 to commit to the Longhorns, and the second quarterback. Earlier this month Texas landed four-star Casey Thompson, who is the son of former Oklahoma quarterback Charles Thompson and the younger brother of former Sooners receiver Kendal Thompson.

This latest development can’t be sitting well in Norman.

Needless to say, the opposite was true in Austin. Here are a few of the coaches’ reactions: