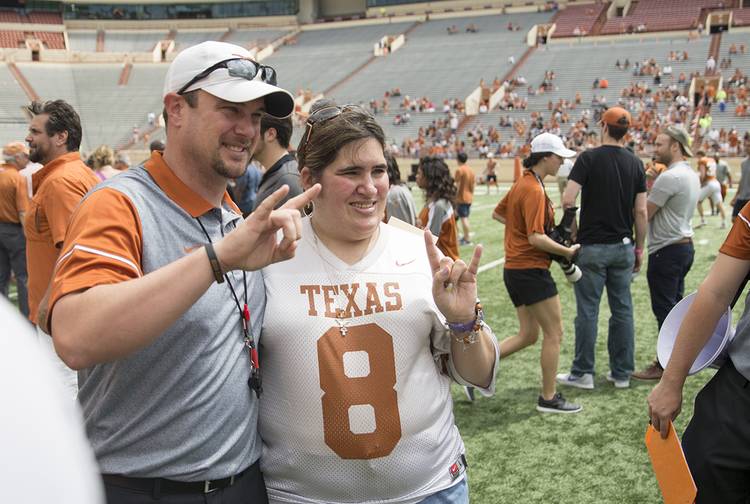 Over the next few months, Texas football coach Tom Herman will judge the abilities of quarterbacks Shane Buechele and Sam Ehlinger.

This week, though, it will be Herman’s right arm that is on display.

The Round Rock Express have recruited Herman to throw out the first pitch ahead of a game against Iowa on Tuesday. Herman will take to the Dell Diamond mound around 6:55 p.m.

Herman will be hoping to fare better than he did before a Houston Astros game in 2015. Representing the University of Houston, Herman bounced his throw. When interviewed by Fox 26 Houston, Herman described the pitch as “awful.”

Herman isn’t the only member of Texas’ football program who has been spotted on the pitcher’s mound this spring. Ex-Longhorns Aaron Ross and Nate Boyer threw out the first pitches before recent baseball games at UFCU Disch-Falk Field. Colt McCoy was also given the honor before Texas’ 4-3 win over Texas A&M on April 14.

First pitch from Colt McCoy caught by Quan Cosby. It sure is the Lone Star Showdown on LHN.

(You never get used to Smokey.) pic.twitter.com/AATPfDN5Aa