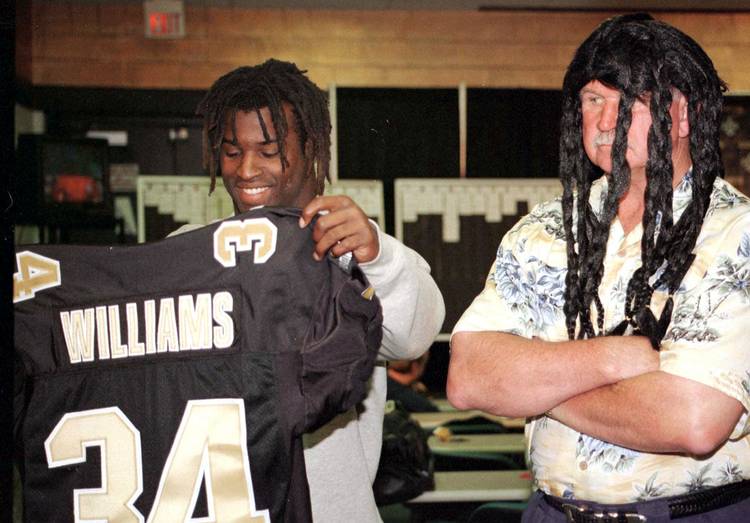 In this April 18, 1999 file photo, New Orleans Saints first-round draft pick Ricky Williams, left, checks out his New Orleans Saints jersey as coach Mike Ditka, wearing a dreadlock wig, looks on in Kenner, La. The Saints traded all of their draft picks in 1999 and their first- and third-round picks in 2000 to Washington to get the Heisman Trophy winner. Whether in St. Louis or now back in Los Angeles, the Rams are all about big trades. They made a huge splash in their deal Thursday, April 14, 2016 with the Tennessee Titans, one of the biggest draft-choice transactions in NFL history. (AP Photo/Judi Bottoni, File)

The Texas Longhorns have produced loads of NFL first round draft picks over the years, and everyone would have likely said it was a dream of theirs to hear their name called at the draft. Here are several times Longhorns got drafted.