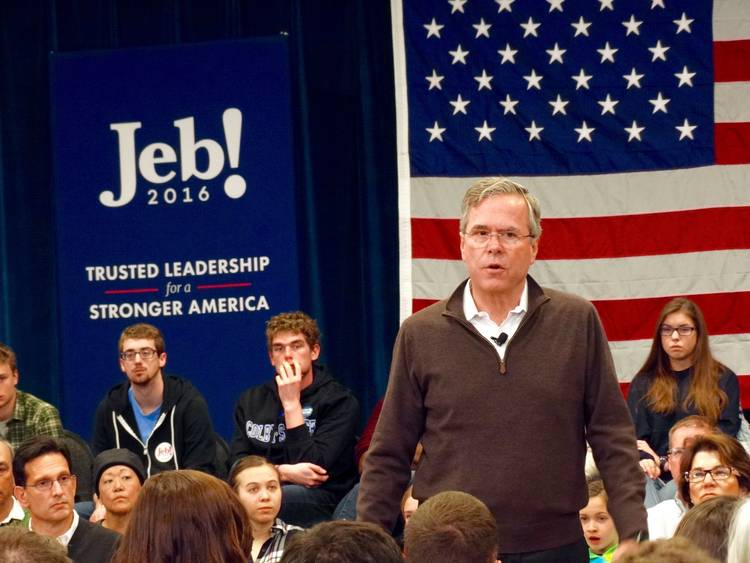 Former 1973 Texas varsity men’s tennis player Jeb Bush is one of the power brokers of an ownership group that reportedly won an auction to buy the Miami Marlins.

Bush, who also was the governor of Florida and unsuccessfully ran for president in 2016, joined former New York Yankee great Derek Jeter to buy the Marlins, as first reported by Bloomberg.

The winning price is reported to be $1.3 billion.

Another potential buyer was, like Bush, the son of another famous politician. Tagg Romney, whose father Mitt unsuccessfully ran for president in 2012, was reportedly interested in the ball club.

Bush graduated from the University of Texas in 1973, taking just two-and-half years to graduate. His son, George P. Bush is now a Texas politician.  In January, Bush began teaching a course at Texas A&M, but he tried not to look totally like a flip-flopper:

The Marlins have been a political hot bed of late, despite its inability to corral a cat in the outfield earlier this month. In February, Charles Kushner, the father of president Donald Trump’s son-in-law and political adviser Jared, was reportedly interested in buying the Marlins. But that deal was put on hold because the man who was selling the team, Marlins owner Jeffrey Loria, was being considered for the important role of U.S. ambassador to France.

Loria has owned the Marlins since 2003, and while the team has won a World Series and built a state of the art stadium, the team has also struggled frequently on the field.

Bush won’t have to look too hard to find someone close with baseball ownership experience. His brother, former president George W. Bush, was the principal owner of the Texas Rangers in the late 1980s and early 1990s. One of George Bush’s most famous moments during his eight years in office, at least in the sports world, was when he threw out the first pitch of Game 3 of the World Series in 2001.

This was just months after Sept. 11, 2001, and, according to him, it was Jeter who gave him some advice: (around the two-minute mark).