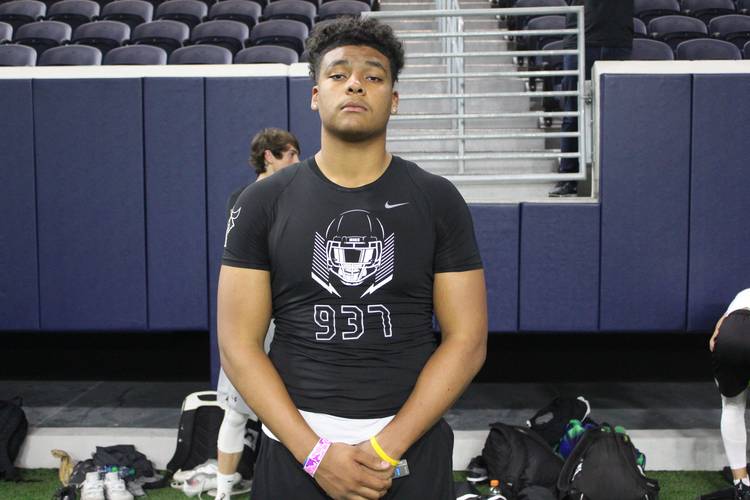 Tom Herman’s recruiting dominance over Oklahoma continued Wednesday when four-star defensive end Ron Tatum chose the Longhorns over the Sooners and a plethora of other FBS offers. Tatum, a 6-foot-4.5, 269-pound defensive end from Putnam City (Okla.) is Texas’ sixth commitment of the 2018 class and the first on the defensive line.

This is what I wrote about Tatum after watching him in Cedar Hill for the Under Armour All-America Camp Series:

“Tatum was the best defensive end at the camp. His combination of size and athleticism make him a tough man to block in 1-on-1 situations. He does a good job using his hands to engage offensive linemen before using his strength to dislodge blockers. Tatum also is quick enough to get to the edge with a speed rush, though, he’s best when he rushes from speed to power, not the other way around. He has the frame to eventually play defensive tackle, but he’s best suited to play strong side end at this point in his development. With most of the in-state defensive ends looking elsewhere, Tatum is a high-priority recruit for Texas.”

Tatum is the third recruiting victory for Texas over Oklahoma in two weeks. It started when four-star Casey Thompson, an Oklahoma legacy, committed to the Longhorns at his high school April 13. The off-the-field victories continued when four-star quarterback Cameron Rising flipped his commitment to Texas from Oklahoma last Saturday. Tatum, an Oklahoman with major interest from the Sooners was the latest attack on Bob Stoops’ recruiting efforts.

SB Nation: If Charlie Strong had this USF roster at Texas, he’d still be there