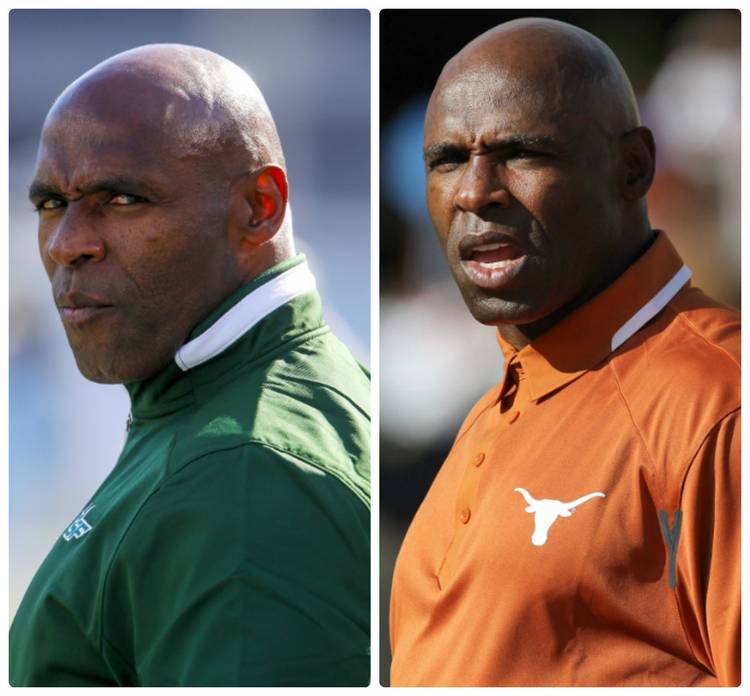 If you’re a big fan of college football and analytics, you’re most likely familiar with SB Nation’s Bill Connelly. His S&P+ projections and breakdowns of every Football Bowl Division team have become must-read material for the nerdy — or gambling addicted — college football fan.

But if you’re a Texas fan, Connelly might have some explaining to do. On Wednesday, he posted a South Florida preview with the headline, ‘If Charlie Strong had this USF roster at Texas, he’d still be there.’ Attention-grabbing, right?

If Charlie Strong had this @USFFootball roster at Texas, he'd still be there. https://t.co/5GgeUrOQTQ

And if you stopped there, which you probably did, your blood pressure is probably still coming down. We get it.

He also projects the Bulls to go 9-3 next season. Playing in the American Athletic Conference with a non-conference schedule that features Illinois as the only Power Five opponent, it’s safe to say Texas fans would expect a lot better than that.

Not to mention the beautifully prepared cake Strong prepared for Tom Herman at Texas. What about the cake?!

This article will tell you everything you ever wanted to know about the Bulls in 2017, which is exactly its purpose. Remember, it’s a season preview of South Florida. Here’s the closest Connelly gets to fully explaining what he meant with that headline:

Fit matters. The fit wasn’t right for Strong at Texas but feels very right at USF. He inherits an offense that, even without Marlon Mack, is further along than the one he left in Austin, and now the next step in his evolution will be figuring out how to account for tempo on defense. Given enough time and athletes, he might do just that.

And here are some of his responses to Texas fans on Twitter who had exactly the response you’d expect given the attention-grabbing headline.

Good lord. It’s a title. It’s about him inheriting a lovely roster. The end. https://t.co/fE8y7nuUF8

Are you sure? Because this part kinda suggests I thought coaching had something to do with Strong not working out. pic.twitter.com/md1RPQ9Dzs

If there’s a lesson to be learned here (on both sides), it’s that putting Charlie Strong and Texas together in a headline is going to draw ire, no matter the intention. To be fair, Connelly knows that, and he knew exactly what he was doing when he wrote it.