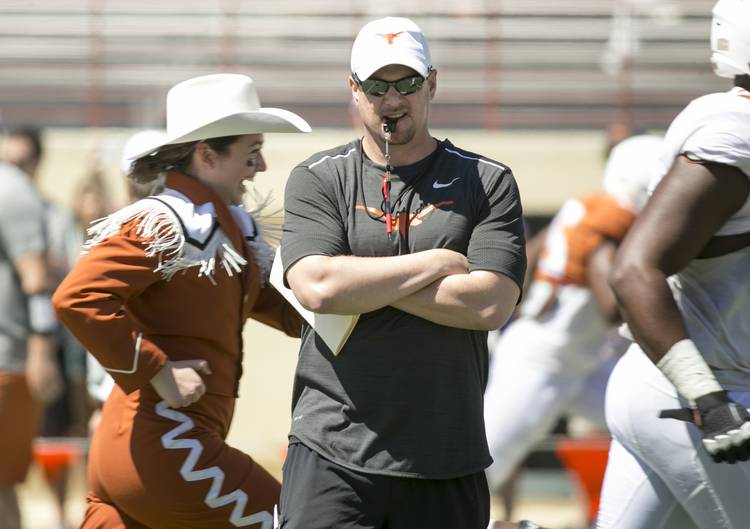 In his first few months on the job, we have already seen how intense Tom Herman can be. We’ve also seen his soft side.

One of the main goals of spring practice was to foster relationships between the new coaching staff and the players, so it leads one to wonder: how are the players reacting to Herman’s strong personality?

How comfortable? So comfortable that, in between taking coaching criticisms from Herman, the 19-year-old took the opportunity to critique his coach’s body language.

“At the beginning of the game, you know when you had the cowboy hat?” Buechele said. “You had your arms crossed, coach.”

“My dad always told me never to do that,” Buechele said, referring to his baseball-coaching dad Steve Buechele.

The remarks showed off a little bit of the young Buechele’s rebellious side. At another point, Herman — who was stationed next to the quarterbacks throughout the scrimmage — points out that Buechele’s cleats are worn and it might be time to get new ones.

They’re just silly retorts, but they also show off a bit of Buechele’s leadership acumen. If he’s willing to criticize the highest-paid employee by the state of Texas, he should have no problem telling his teammates what they need to be doing better.

Texas to begin road trip to Oklahoma State with a doubleheader