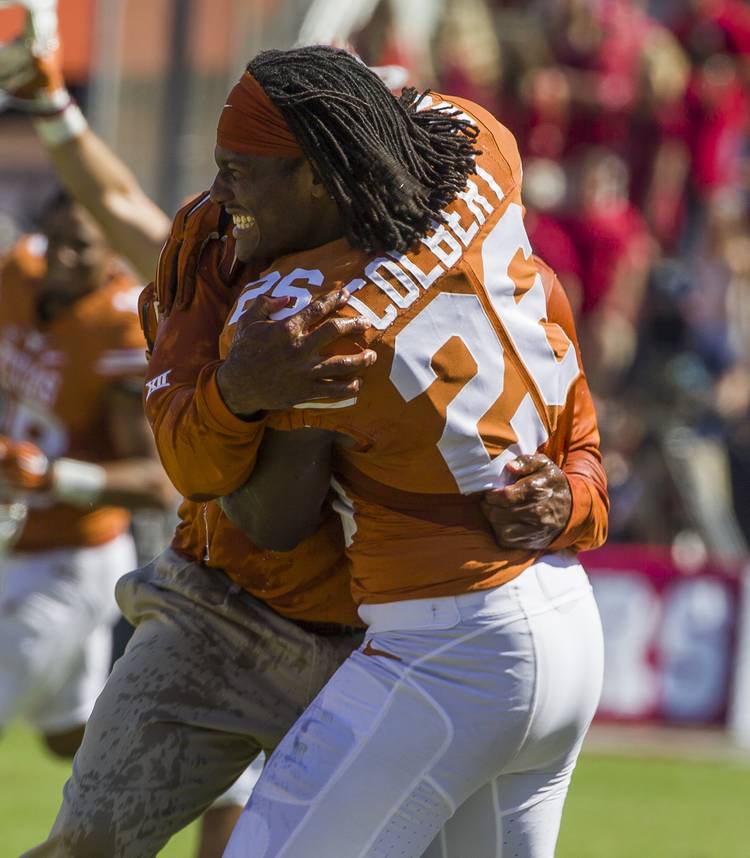 D’Onta Foreman may have technically been the only Texas player selected in the 2017 NFL Draft, but devout Longhorns fans know where Adrian Colbert started his college career.

Colbert — who played three seasons at Texas before transferring to Miami — was drafted Saturday by the San Francisco 49ers. He was the 229th overall selection in the seventh round.

Texas Ex Adrian Colbert is a 7th-round pick for 49ers. DB spent 2012-15 at UT before playing a season at Miami as a grad transfer. #HookEm pic.twitter.com/IGjLmw0Iqn

Still, Colbert had to wait around until the late stages of the draft to hear his name called.

Every team that passes on me will regret it….mark my words

I just wanna take a moment to thank GOD and the @49ers for blessing me with such a great opportunity. I won't let y'all down 🙏🏾🙏🏾